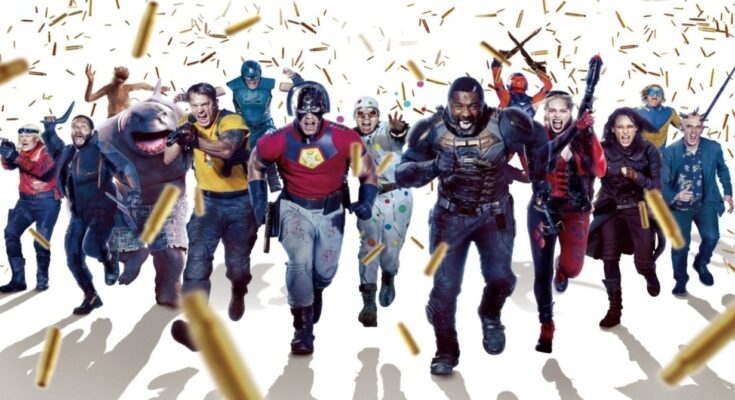 The Suicide Squad will top the box office in its opening weekend while failing to meet expectations. The film will earn $26.5 million on its opening weekend, scoring the biggest opening of any R-rated movie released during the pandemic. Yet, it’s the lowest three-day total for any film featuring Margot Robbie’s Harley Quinn. There are several factors worth considering while analyzing the film’s performance. Theaters seemed to come back to life when COVID-19 vaccines became widely available. However, the recent surge in cases due to the delta variant led to the CDC’s suggestion that even vaccinated individuals keep masks on indoors. This turn has brought back a feeling of uncertainty that may be keeping would-be theatergoers at home.

Staying home won’t stop most from seeing The Suicide Squad. Anyone with access to HBO Max can watch the movie with a $15 ad-free subscription.

Regardless of the low theater turnout, the James Gunn-directed film is a hit with critics. It earned the same CinemaScore as the first Suicide Squad movie but has a much higher Rotten Tomatoes score. ComicBook.com‘s Jenna Anderson gave the film a full five stars in her review:

“There are so many things about The Suicide Squad that are revolutionary, from the extraordinary ensemble cast to the compelling and downright absurd story. But the most surreal element of the film might be the way it showcases the endless potential of the DC universe, with a feeling of wonder that those who have spent hours thumbing through back issues at their local comic shop will probably recognize. The Suicide Squad not only raises the bar for just how much a superhero movie can accomplish in one sitting, but it proves that the weird and oft-forgotten comic characters are superstars deserving of your attention. I have never seen a superhero movie with such a refined sense of identity and such a love for the source material — and if I never see one like it again, I’ll only be a little disappointed.”

What do you think? Let us know in the comments. You can keep reading to see this weekend’s list of the top 10 films at the box office.

The government sends the most dangerous supervillains in the world — Bloodsport, Peacemaker, King Shark, Harley Quinn and others — to the remote, enemy-infused island of Corto Maltese. Armed with high-tech weapons, they trek through the dangerous jungle on a search-and-destroy mission, with only Col. Rick Flag on the ground to make them behave.

Dr. Lily Houghton enlists the aid of wisecracking skipper Frank Wolff to take her down the Amazon in his ramshackle boat. Together, they search for an ancient tree that holds the power to heal — a discovery that will change the future of medicine.

A thriller about a family on a tropical holiday who discover that the secluded beach where they are relaxing for a few hours is somehow causing them to age rapidly reducing their entire lives into a single day.

Natasha Romanoff, aka Black Widow, confronts the darker parts of her ledger when a dangerous conspiracy with ties to her past arises. Pursued by a force that will stop at nothing to bring her down, Natasha must deal with her history as a spy, and the broken relationships left in her wake long before she became an Avenger.

An American oil-rig roughneck travels to Marseille, France, to visit his estranged daughter, in prison for a murder she claims she didn’t commit. Confronted with language barriers, cultural differences and a complicated legal system, he soon builds a new life for himself as he makes it his personal mission to exonerate her.

Stillwater is directed by Tom McCarthy, from a script he co-wrote with Marcus Hinchey, Thomas Bidegain, and Noé Debré. The film stars Matt Damon, Camille Cottin, and Abigail Breslin.

King Arthur’s headstrong nephew embarks on a daring quest to confront the Green Knight, a mysterious giant who appears at Camelot. Risking his head, he sets off on an epic adventure to prove himself before his family and court.

The Green Knight is written and directed by David Lowery, based on the poem Sir Gawain and the Green Knight. The films tars Dev Patel, Alicia Vikander, Joel Edgerton, Sarita Choudhury, Sean Harris, and Ralph Ineson.

Superstar LeBron James and his young son, Dom, get trapped in digital space by a rogue AI. To get home safely, LeBron teams up with Bugs Bunny, Daffy Duck and the rest of the Looney Tunes gang for a high-stakes basketball game against the AI’s digitized champions of the court — a powered-up roster called the Goon Squad.

An ancient Japanese clan called the Arashikage welcomes tenacious loner Snake Eyes after he saves the life of their heir apparent. Upon arrival in Japan, the Arashikage teach him the ways of the ninja warrior while also providing him something he’s been longing for: a home. However, when secrets from Snake Eyes’ past are revealed, his honor and allegiance get tested — even if that means losing the trust of those closest to him.

Six people unwittingly find themselves locked in another series of escape rooms, slowly uncovering what they have in common to survive — and discovering they’ve all played the game before.

Dom Toretto is living the quiet life off the grid with Letty and his son, but they know that danger always lurks just over the peaceful horizon. This time, that threat forces Dom to confront the sins of his past to save those he loves most. His crew soon comes together to stop a world-shattering plot by the most skilled assassin and high-performance driver they’ve ever encountered — Dom’s forsaken brother.