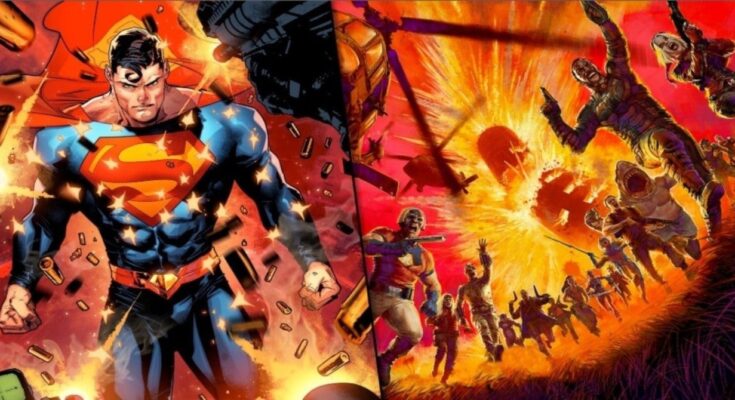 James Gunn’s The Suicide Squad, does an admirable job of incorporating the existing DC Comics movie universe into its story, without being overwhelmed by those connections. However, is seems that Gunn originally had a plan for a much more direct (and massive) DC Extended Universe connection: Superman. Not only did Gunn plan to have Superman appear in The Suicide Squad, he actually had a version of the film in mind that would’ve made Superman the focus of Task Force X’s mission! In an interview with a German outlet, James Gunn reveals what his “Suicide Squad vs. Superman” movie would’ve been like:

“When I started writing The Suicide Squad, one idea was that they would fight Superman,” Jame Gunn told Filmstarts. “The Suicide Squad has to catch Superman for some reason. That was all, just a vague idea. It’s gotten out of hand or is being controlled by someone. And then this group of lousy super villains has to face the most powerful hero in the world.”

If that sounds like an exciting concept for a Suicide Squad movie to you, then you’re not alone: James Gunn is still pretty enthused about Suicide Squad vs. Superman – to the point that he warns Warner Bros. not to pursue the concept without him: “I like this idea and if DC does this sequel, then please not without me.”

Superman’s presence has been hanging over the Suicide Squad franchise since the first film. David Ayer’s Suicide Squad opened with the world reacting to Superman’s death in Batman v Superman – a loss that prompted Amanda Waller to form Task Force X, in order to deter metahuman threats to America. It would only be fitting (in a full-circle kind of way) if Suicide Squad 3 pitted Task Force X against the man they were created to replace.

Kill the Justice League has some very similar vibes to Gunn’s The Suicide Squad – down to having many of the same characters (Harley Quinn, King Shark, Captain Boomerang, Deadshot). So, ultimately, gaming may get this gem of an idea instead of the DC Movie Universe.

…Then again, would you be up for a James Gunn take on evil Superman?

The Suicide Squad is now playing in theaters and on HBO Max.