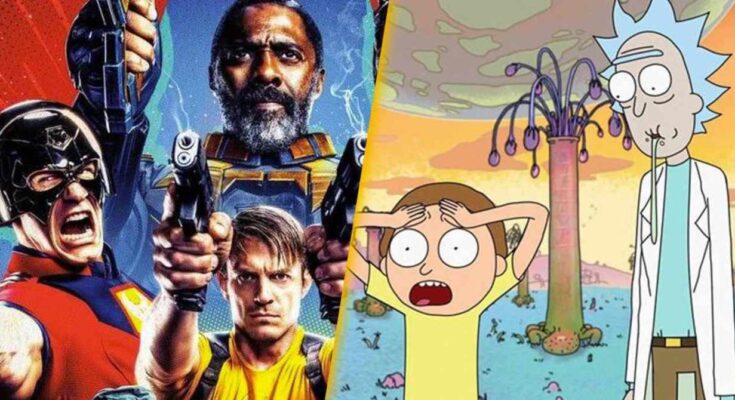 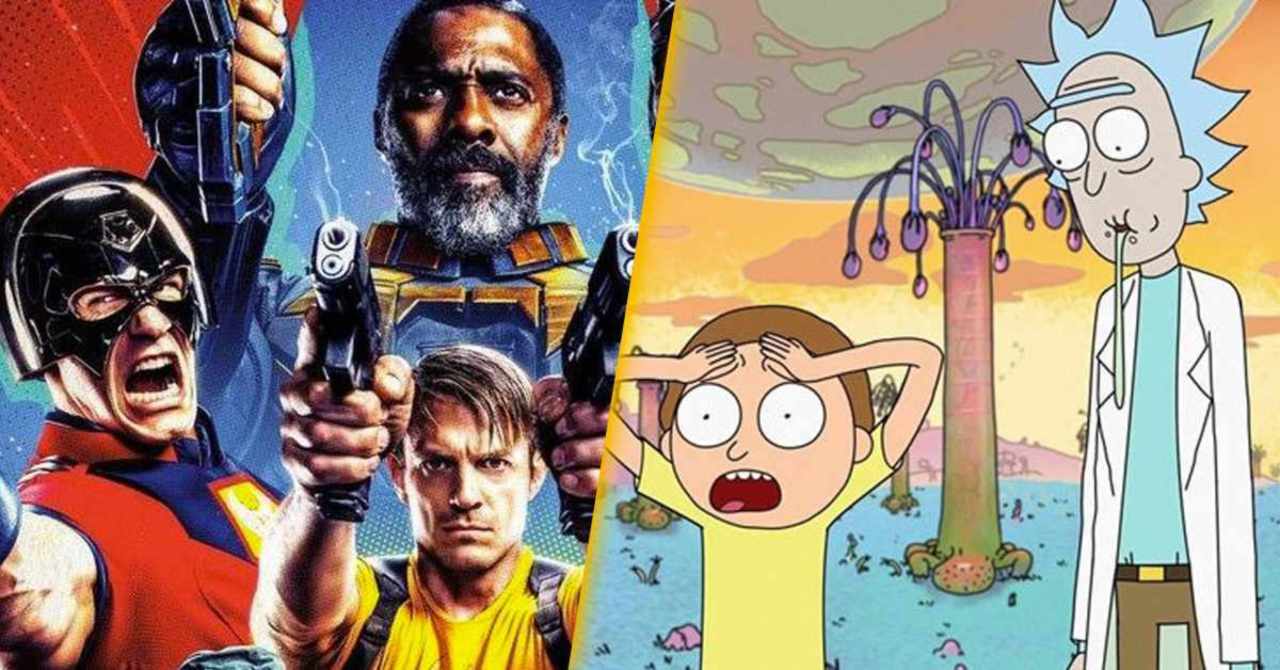 Rick and Morty decided to redesign The Suicide Squad’s characters in that distinctive art style. On Instagram, you can now see what Bloodsport, Peacemaker, Harley Quinn, Ratcatcher 2, King Shark, Rick Flag, and Polka Dot Man would look like if they went on adventures with the Smith family. This is just the latest moment of some Rick and Morty cross-promotion as the duo unexpectedly turned up in Space Jam: A New Legacy as well. (There weren’t many Warner Bros. properties that didn’t at least make an appearance in that movie.) Considering how much the adult swim show riffs on superheroes and science fiction, it should come as no shock that they would shout out The Suicide Squad on the week of its big release. In fact, both shows are sharing some airspace with James Gunn’s latest movie also hanging out on HBO Max. With Rick and Morty, you could never count a possible joke ad out this week with the characters randomly meeting up with the mad scientist and his grandson. Check out the post down below:

Speaking of The Vindicators, adult swim picked up a spinoff series based on the Avengers parody from Rick and Morty’s earlier seasons. Fans who wanted to see more of Supernova, Vance Maxiumus, Alan Rails, Crocubot, and Noob Noob have to be excited about the prospect of an entirely new show.

“We are thrilled to work in the Rick and Morty universe again, and these shorts are an incredible opportunity to explore what happens in the aftermath of the Vindicators saving (or destroying) worlds,” The Vindicators executive producers Sarah Carbiener and Erica Rosbe said when the announcement was made. “We’re so excited to show how this team of superheroes is plenty dysfunctional whether Rick’s around to have half of them murdered or not.”

“We see it as our mission to put something hilarious within a fingers’ swipe of anyone on the planet,” added Michael Ouweleen, president of Adult Swim, as part of the same announcement. “These shorts are a way to meet the next generation of Adult Swim fans where they are, while giving our creators another format to play in and innovate around.”

Would you like to see The Suicide Squad hit Rick and Morty? Let us know down in the comments!