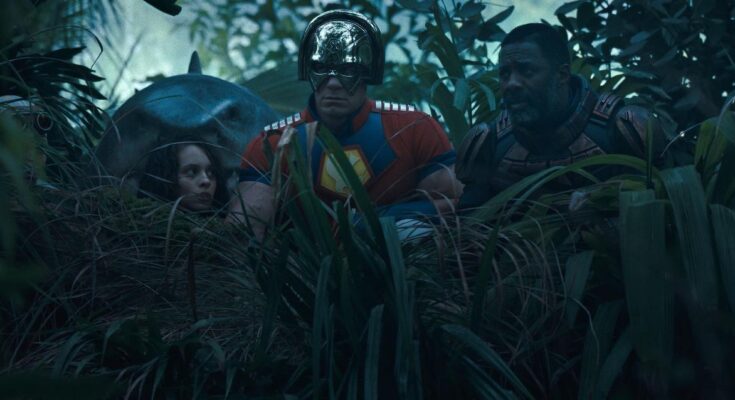 In the upcoming The Suicide Squad spinoff series on HBO Max, Peacemaker, fans will get to explore the origins of the character, played by John Cena, who is so devoted to peace at any cost that he doesn’t care how many people he has to kill to achieve it. While Peacemaker is definitely one of the more interesting characters in The Suicide Squad, it’s a film comprised of a number of interesting characters, especially Bloodsport (Idris Elba). But for filmmaker James Gunn, when asked which character he’d like to consider for a spinoff, Gunn chose Peacemaker instead of Bloodsport and it turns out the reason why is simple: Peacemaker still has a lot to learn.

During the Peacemaker panel at Wednesday’s Television Critics Association press tour (via The Hollywood Reporter) Gunn explained that many of The Suicide Squad’s characters are better people by the end of the film, but Peacemaker still has a long way to go.

“At the end of The Suicide Squad, Bloodsport learns a lot. He’s a better person than he was at the beginning. A lot of the characters are much better than they were at the beginning, and Peacemaker has a lot to learn,” Gunn said. “It’s that ability to learn that for me makes him a little bit more likable. His blindspots in some places are pretty terrible, and in some places are him being ignorant. I think that’s an important distinction to make as well. He is open at the same time, sometimes.”

Gunn has also previously spoken about how Peacemaker differs a bit from The Suicide Squad, with the series being a bit more about society – something that sounds like it could lend to the idea of Peacemaker still having a lot to learn.

“There are a lot of similarities to The Suicide Squad in that it’s no holds barred, but there are also a lot of things that are very different, in that it’s quieter in some ways. It’s very specifically about a different group of people, so it’s a little bit more about society. One of the leads is Peacemaker and one of the leads is Danielle Brooks, who plays Leota Adebayo. And she has a very different political view of the world than Peacemaker does,” Gunn said.