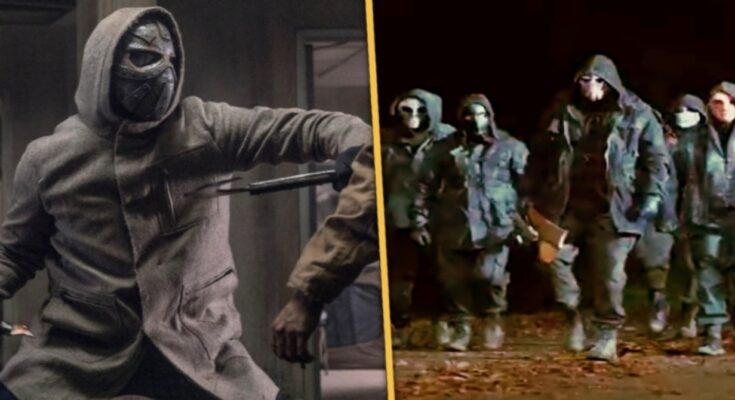 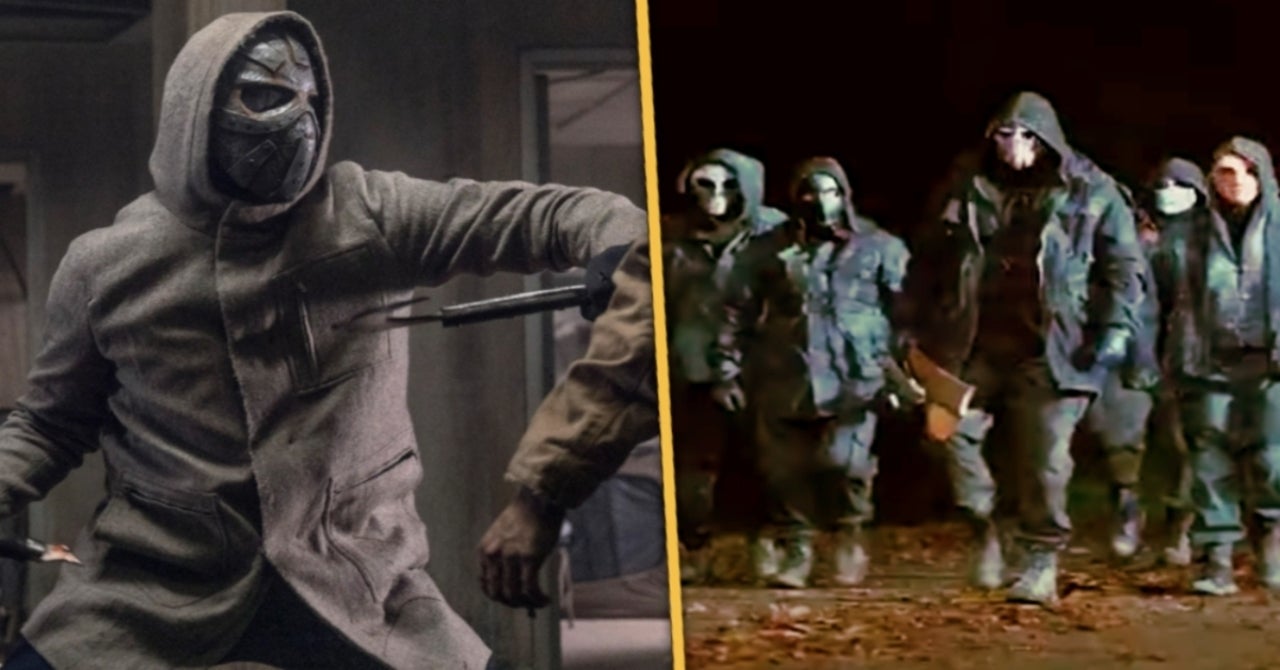 is Elijah’s metal mask hiding more than his face? When Maggie Rhee (Lauren Cohan) returns to The Walking Dead in Season 10, it’s with a masked fighter who rescues Aaron (Ross Marquand), Alden (Callan McAuliffe), and Father Gabriel (Seth Gilliam) from certain doom in the final battle of the Whisperer War. This zombie apocalypse ninja ultimately unmasks himself in “Home Sweet Home,” revealing the face of Elijah (Cobra Kai‘s Okea Eme-Akwari): a frightened young man who fears the Reapers, masked marauders who razed the Wardens’ village and killed Elijah’s sister. But is this guardian angel really a Reaper?

The first look at the Reapers in Season 11 shows the masked villains clad in outfits resembling Elijah’s and wielding bladed weapons like Elijah’s Japanese kama, which are similar to a sickle and evocative of the Grim Reaper. Fans are now taking to social media with theories that Elijah was once a Reaper before becoming part of Maggie’s new group the Wardens.

It kinda looks like Elijah might have been part of their group at some point! Maybe he’s why they are chasing Maggie and them. pic.twitter.com/PSQ9Z85KcZ

“It kinda looks like Elijah might have been part of their group at some point,” reads one fan’s tweet. “Maybe he’s why they are chasing Maggie and [the Wardens].” Another fan tweets, “My theory is that Elijah used to be part of the Reapers but there was some kind of altercation that resulted in them killing his sister so he left & joined Maggie’s group.”

In Season 10 Episode 17, “Home Sweet Home,” Maggie and Daryl (Norman Reedus) are almost killed by an attacker (Mike Whinnet) in a ghillie suit. When Maggie asks why the Reapers are after the Wardens, he tells her: “Pope marked you.” It’s the only thing the Attacker says before blowing himself up with a grenade.

“We know that this is part of the backstory of what Maggie’s been up to up until this point,” showrunner Angela Kang said of the attacker on Talking Dead. “There’s a lot of clues there about who this person is, even though he’s mysterious and doesn’t say much.” Executive producer Denise Huth added of the new villain group, “I think it’s really interesting to see characters like Maggie, and Cole [James Devoti], and Elijah — they’re afraid. And for characters as strong and as good as fighters as they are, for them to be afraid, this is a whole other level of what they’re going to be up against.”

Here’s what Walking Dead fans are saying ahead of the Reapers’ return in Season 11A: