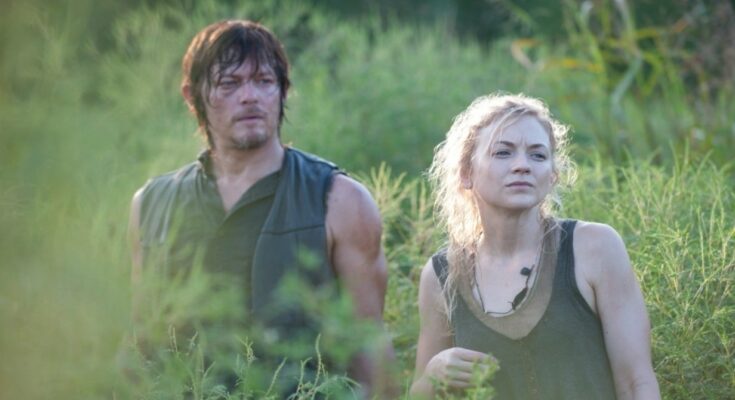 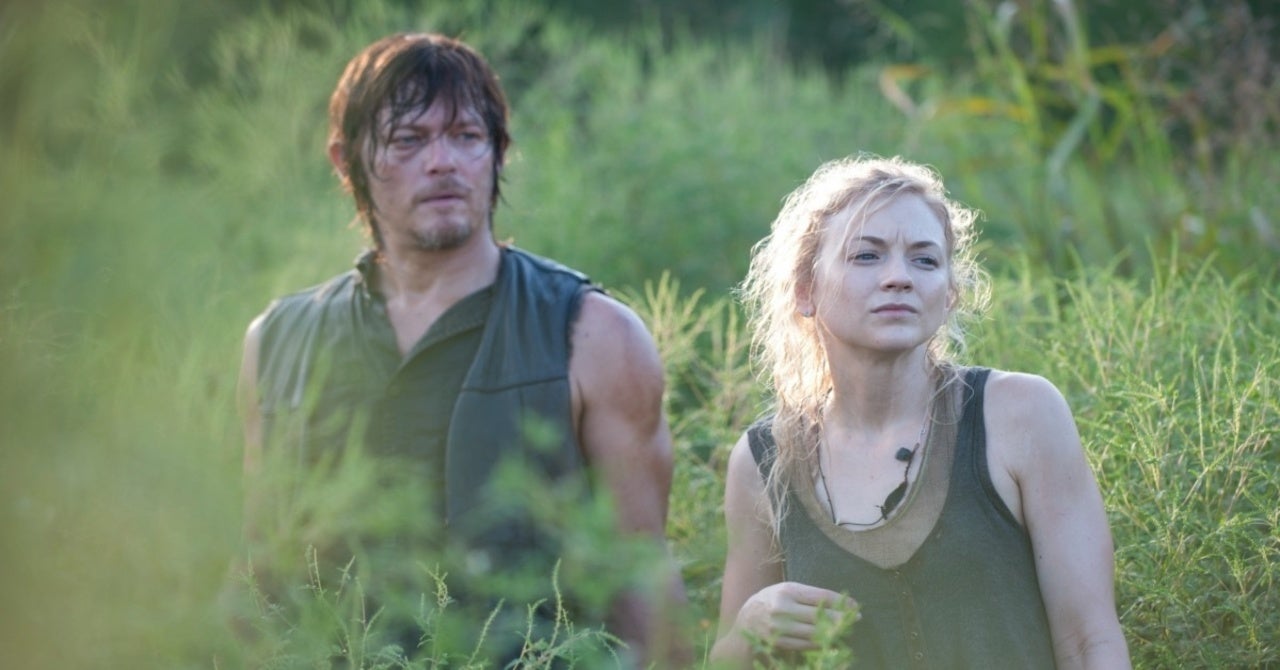 “You’re gonna be the last man standing. You are,” predicts farm girl Beth Greene (Emily Kinney) about zombie apocalypse survivor Daryl Dixon (Norman Reedus) in Season 4 episode of The Walking Dead. It’s a prediction that Kinney, whose character died in a Season 5 episode in 2014, stands by as The Walking Dead airs its eleventh and final season. During a live Talking Dead reunion with former co-stars Lauren Cohan (Maggie Rhee) and Josh McDermitt (Eugene Porter), Kinney was asked if Beth’s prediction will come true by the end of The Walking Dead and the Daryl & Carol spin-off:

“I do. I don’t know if he’ll be the only last man standing, but I definitely think he’s going to be one of the last men standing,” Kinney said on Talking Dead. “I remember back when I say that to Daryl, that particular scene happens in a cabin in the woods, and we went out there to rehearse one day. We were with Angela [Kang, now Walking Dead showrunner], who wrote that episode, and I remember in the van over, Norman just asking Angela, ‘What does that line mean? Is that foreshadowing my death?'”

“I was feeling the same way, like the fact that I say, ‘You’re gonna be the last man standing,'” Kinney said of Season 4 Episode 12, “Still,” an episode that made Kinney nervous. “Is it saying, ‘You’re gonna die next episode?’ But I actually do think that [he’ll survive until the end].”

Daryl and Carol (Melissa McBride) will at least survive long enough to hit the road in the untitled Daryl & Carol spin-off co-created and showran by Kang, who is wrapping up The Walking Dead with a final 24 episodes airing through 2022. Reedus and McBride are the only first season Walking Dead stars still with the series after the Season 9 exit of Andrew Lincoln’s Rick Grimes.

And if Daryl dies, Reedus riots.

“I don’t want to go anywhere. I’ll burn down that whole studio if they got rid of me,” Reedus told ET Canada in 2019, adding he doesn’t “have any plans” to leave the show after the exits of Lincoln’s Rick and Danai Gurira’s Michonne.

READ: Norman Reedus Threatens to Burn Down TWD If Daryl Is Killed Off

READ: Emily Kinney Was Nervous About Beth and Daryl Episode With Norman Reedus

READ: TWD Stars Predict Which Characters Will Survive to the End