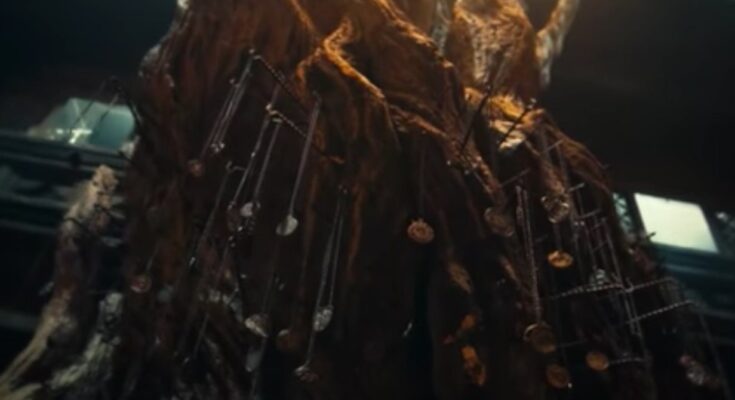 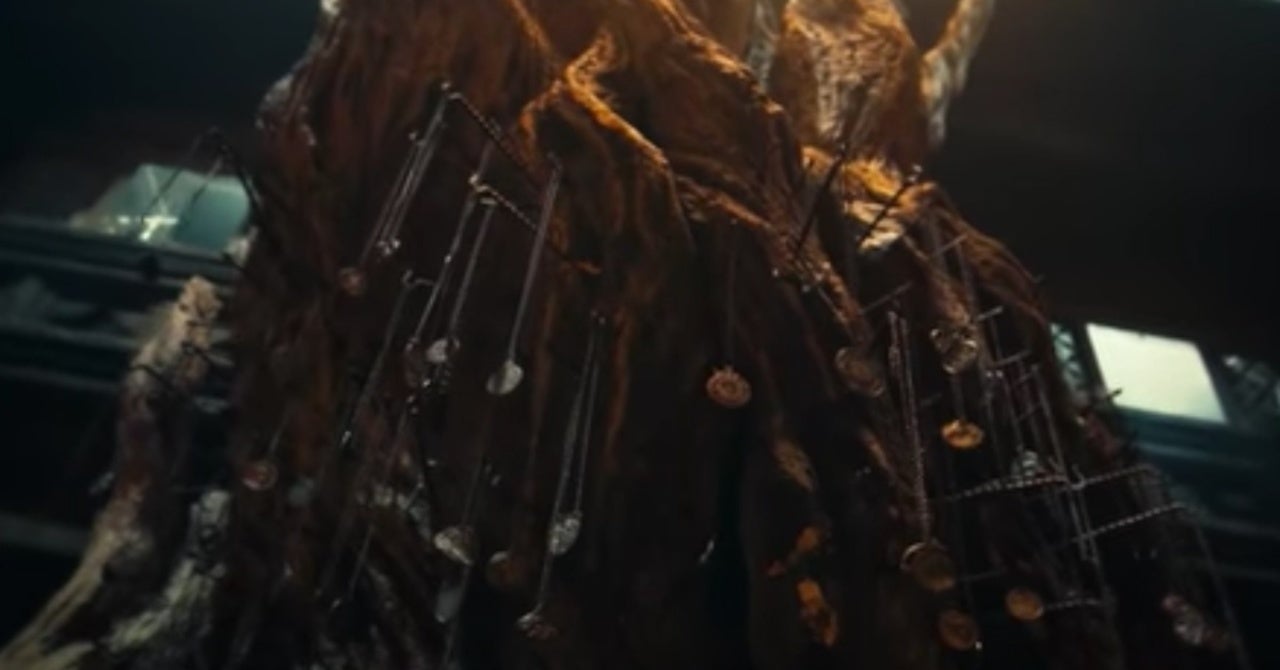 Netflix had a variety of first looks at their first-ever WitcherCon, but when it came to Geralt’s home base, an image wasn’t going to be enough. That’s why Netflix went above and beyond and created an entire video tour of the Witcher fortress debuting in season 2 of The Witcher, which has seen better days after the massacre that happened there so many years ago. Despite the damage, there’s still a lot going for the place, including a gorgeous central hall and a training area that will see a lot of use thanks to Ciri’s training in season 2, and you can check out the full video above.

The star of the show is clearly the Great Hall, which features a number of tables that go unused at times thanks to the smaller number of Witchers occupying the fortress. A fire pit stands further in the room, but you’ll probably miss it as you see the massive tree in the center of the room.

That tree is called the Medallion Tree, which has a multitude of Witcher Medallions hanging from its branches, honoring the Wolf School Witchers that have fallen over the years.

We then move to the Armory, which houses a number of weapon racks featuring spears, swords, shields, and armor, and we even get a look at the silver swords used to take down monsters. While we don’t really see them, it also houses elixirs for the Witchers to use.

Then we see the Basement Lab, where research and experimentation are done. This is the place where Witchers are created, though that hasn’t been the case in some time after the sacking of the fortress. At least in the books and games, the people that knew the process of creating Witchers all died during the attack, and while Vesemir survived, he didn’t know the process. That could change in the series, but we’ll just have to wait and see.

You can check out the full video tour above, and you can find the official description for The Witcher season 2 below.

“Convinced Yennefer’s life was lost at the Battle of Sodden, Geralt of Rivia brings Princess Cirilla to the safest place he knows, his childhood home of Kaer Morhen. While the Continent’s kings, elves, humans and demons strive for supremacy outside its walls, he must protect the girl from something far more dangerous: the mysterious power she possesses inside.”

What did you think of Kaer Morhen? Let us know in the comments and as always you can talk all things Witcher with me on Twitter @MattAguilarCB!