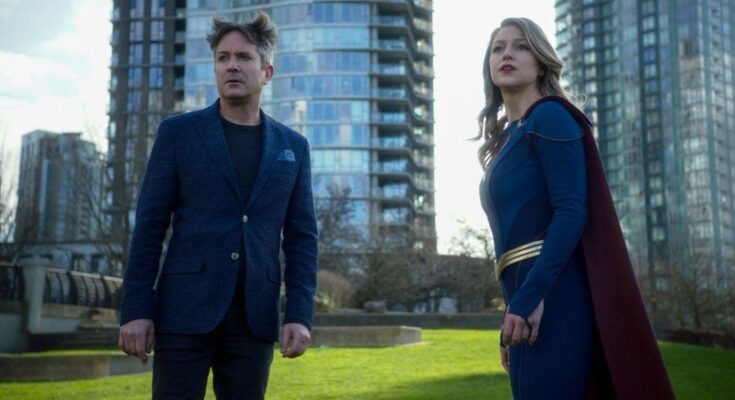 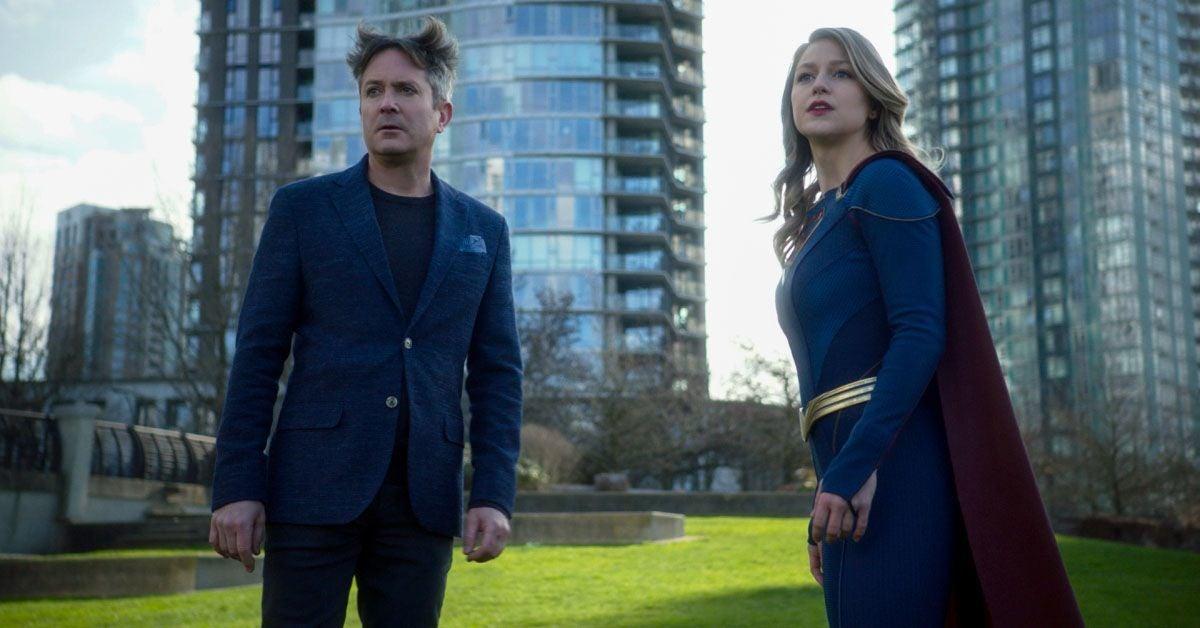 On Tuesday, Thomas Lennon returns to Supergirl to reprise his fan-favorite role as Mr. Mxyzptlk in “Mxy in the Middle”, the eleventh episode of The CW series’ sixth and final season. The last time fans saw the Fifth Dimensional Imp, was in the series 100th episode, “It’s a Super Life” where he worked to make amends to Kara Danvers/Supergirl (Melissa Benoist) for previous misdeeds and left a friend instead of a foe. And that’s a good thing for Supergirl since last week’s “Still I Rise” saw the heroine trapped in ice by another Imp, Nyxly (Peta Sergeant) and only magic can help her.

But when Mxy returns, he won’t just be saving Kara. He’s set to give the Super Friends an explanation of Nyxly’s dark history and he’ll do it in song, but according to Lennon, it’s sadly not going to be a full-on musical episode. Mxy will be sharing his tune solo.

“That would have been fun. I know,” Lennon told The Wrap. “It would have been fun. And I will say that, between takes, Melissa and I do a tremendous amount of singing. But no, I know. It’s a shame. It’s a shame that this is a weird solo number, where they also picked weirdly one of the people with, like, probably the least amazing singing voice. But I do make up for it in super, super high kicking. So there is that.”

Lennon also shared how excited he was to get to return to the series. He also said that working with Sergeant was “really fun” as well.

“This was basically, when you look at it, it was like the dream episode of things to get to play,” Lennon said. “Other than, of course, the gift of the main cast, which is some of my favorite actors and people ever. But Peta [Sergeant], as Nyxlygsptlnz is so off-the-charts great that it just is really fun.”

You can check out the official synopsis for “Mxy in the Middle” below.

THOMAS LENNON RETURNS AS MR. MXYZPTLK – Supergirl (Melissa Benoist) and team must stop Nyxly (Peta Sergeant) from vanquishing a familiar face from Supergirl’s past – Mr. Mxyzptlk (guest star Thomas Lennon). Mxy returns and explains Nyxly’s dark history to the super team in the best way he knows how – in song form. Meanwhile, Lena (Katie McGrath) visits her mother’s birthplace in Newfoundland, eager to dig into her past but is shocked by the small town’s icy reception towards her. The episode was directed by Glen Winter with story by Rob Wright and teleplay by Elle Lipson & Chandler Smidt.

Supergirl airs Tuesdays at 9/8c on The CW. “Mxy in the Middle” will air on September 14th.