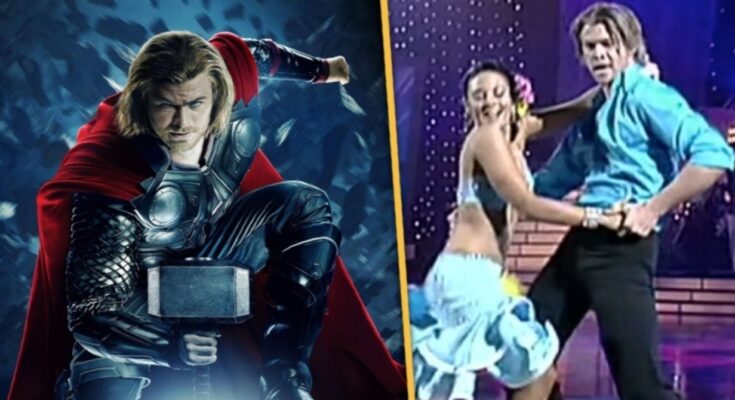 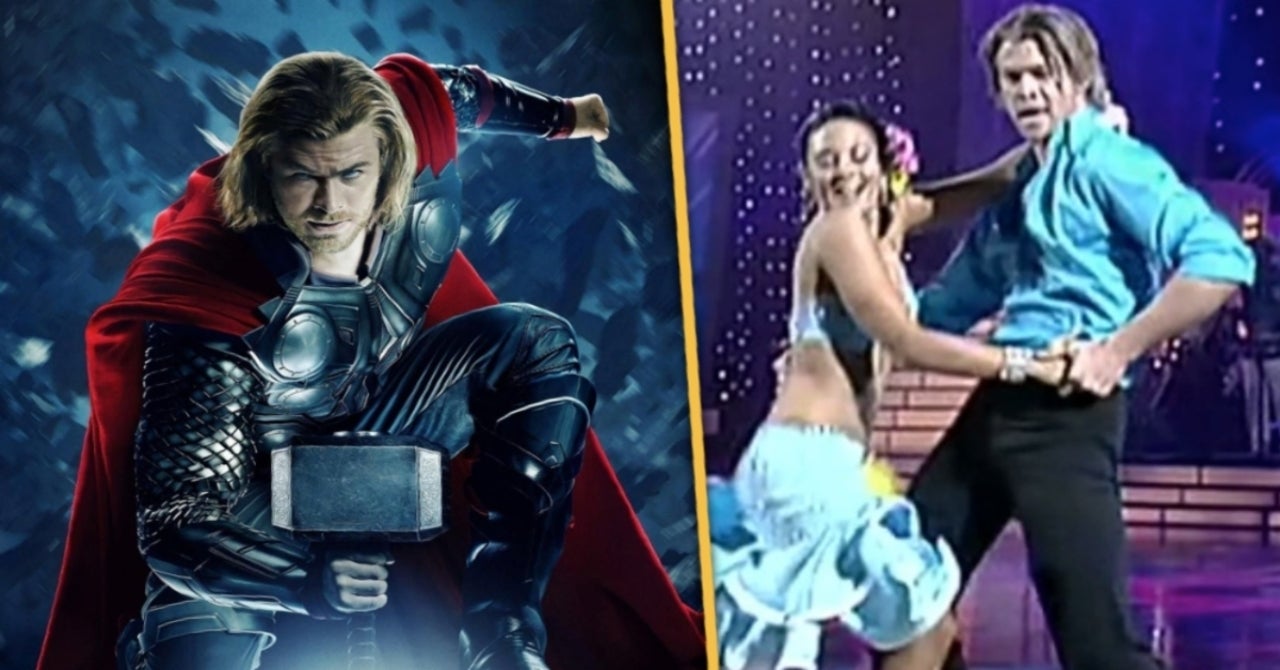 Thor actor Chris Hemsworth almost danced his way out of a starring role in the Marvel Cinematic Universe. Best known at the time for his role as Kim Hyde on the soap opera Home and Away in his native Australia and his feature film debut as George Kirk in the 2009 Star Trek reboot, Hemsworth read for the role of Marvel’s Asgardian Avenger but was passed over for a screen test. It wasn’t until Hemsworth’s rep, William Ward, convinced Marvel Studios President Kevin Feige to let Hemsworth re-audition on tape that Marvel found its leading man for the Kenneth Branagh-directed Thor.

But it was his appearance on the fifth season of dancing competition Dancing with the Stars Australia that nearly convinced Marvel Hemsworth wasn’t worthy to wield the hammer of the mighty Thor.

While promoting Thor: Ragnarok in 2017, Hemsworth told BBC Radio 1 that his appearance on Dancing with the Stars Australia “almost lost” him the role that would make him an international superstar.

“Kevin Feige said that almost lost me the job,” Hemsworth recalled the time. “‘We all saw your audition, we were passing it around the office, and everyone was really into it. And then a few of the girls started Googling your name and up came this dancing video and I thought, oh no, Thor dancing? I don’t know, the fans are gonna eat us alive.'”

“It made me more nimble on my feet, I guess,” Hemsworth added. “I needed to be with the cape. You might see a bit of that Dancing With The Stars quality in Thor.”

Hemsworth would reprise his role in 2012’s The Avengers, the first Marvel Studios film to gross more than a billion dollars worldwide, and 2013’s Thor: The Dark World. Hemsworth’s Thor would return again in billion-plus grossers Avengers: Age of Ultron, Thor: Ragnarok, Avengers: Infinity War, and Avengers: Endgame, once the highest-grossing film of all time. He next reunites with co-star Natalie Portman and Ragnarok director Taika Waititi in Thor: Love and Thunder, releasing in theaters on May 6, 2022.