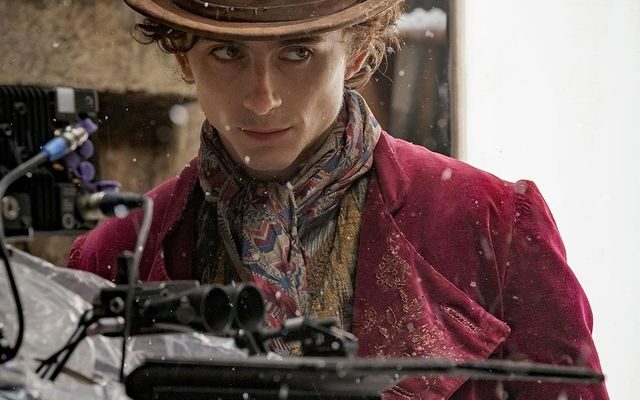 Ever since Willy Wonka’s origin story was announced the speculations among fans started burning up. Timothée Chalamet will play the role of Willy Wonka. Chalamet shared the first look of his costume in the movie. The image, shared from his social media account shows him wearing the costume and a high hat of the beloved character.

The actor posted on Instagram captioning that the suspense is terrible, and hopes that it’ll last. This line is a reference to Gene Wilder’s portrayal in 1971. In 1971 an authentic adaptation of Willy Wonka and the Chocolate Factory. Warner Bros. shared the image from their Instagram and Facebook.

Willy Wonka, the chocolatier, was created by Roald Dahl. The character made its debut in the novel in 1964, “Charlie and the Chocolate Factory”. Another adaptation, done by Tim Burton with Johnny Depp starring as Willy Wonka. The origin story of Willy Wonka follows a poor boy, Charlie Bucket, where the boy wins the golden ticket to tour the chocolate factory run by Willy Wonka.

The Plot of the movie is still unknown. But from the looks of it, it will show how Wonka turned into an illusionist. “Wonka” is going to be a musical movie where Timothée Chalamet will dance and sing. The cast of the movie includes Kegan Michael-Key, Sally Hawkins, Rowan Atkinson, Olivia Colman, and Matt Lucas.

The movie, directed by Paul King, who directed the “Paddington” series. David Heyman will produce the movie. The movie, produced under the banner of Heyday Films. Heyday Films have produced the Harry Potter, Paddington series, Fantastic Beasts series, The Marriage Story, and many more. The movie will hit the theatres in 2023 on March 17.