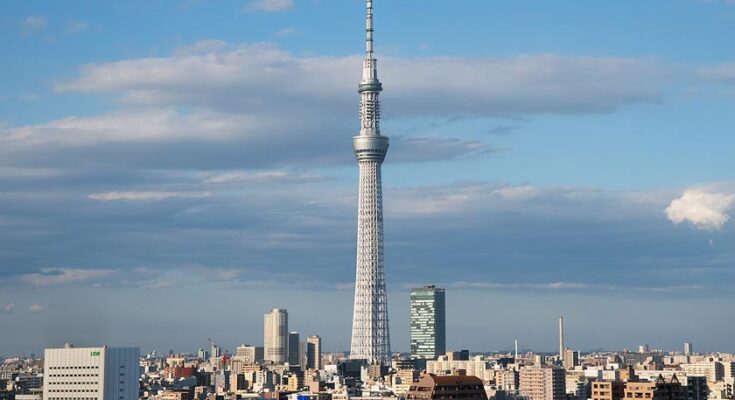 From September 25 to the end of January “Demon Slayer: Kimetsu no Yaiba” will be taking over the Tokyo Skytree. Additionally, the team at Ufotable released a special visual drawn by them for the collaboration. The tower will be filled with Demon Slayer photo spots, events and more. Moreover, the outside of the tower will be brightened up with the colours from the franchise.

Beginning from October 21, the tower’s Tembo Deck and Tembo Corridor will be full of photo spots of the franchise. Other collaborative goods and decorations by Ufotable will also be in the tower. Even the food at the SKYTREE CAFE will be Demon Slayer inspired.

The themed food and illustrations at the tower will last until January 21. More illuminations and information will also be revealed soon. However, “Demon Slayer: Kimetsu no Yaiba – The Movie: Mugen Train” anime movie is releasing on September 25. Therefore, from 7 PM to 8 PM Tokyo Skytree will illuminate with Rengoku’s flaming Nichirin Sword.

Additionally, the second season for the anime is also supposed to come out this fall. The fandom of the anime has grown so much. Even surpassing some of the greatest anime of all time. Fans are hyped for the second season and the anime film. And the collaboration with the Tokyo Skytree is like a cherry on top.

After the death of his father, the responsibility of the family falls on Tanjirou Kamado’s shoulders. While living a life of poverty on a remote mountain. They’re still able to lead a peaceful and happy life. One day, Tanjirou decides to go down to the village to sell charcoal. The night falls when he’s on his way back forcing him to stay with a strange man for the night. The strange man tells him about the existence of flesh-eating demons.

Finally, in the morning when he arrives back at home he finds out that his family was slaughtered by demons. The only survivor is his sister Nezuko. However, she has also turned into a demon. Tanjirou then swears that he will avenge his family’s death and will stay by his sister’s side forever.