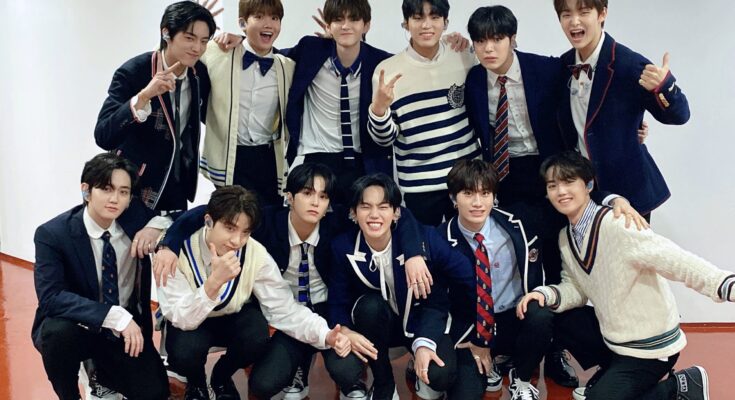 TREASURE is a South Korean brand that was formed under YG entertainment in 2019. It has a survival program called YG Treasure Box (2018). It has 12 members in the group. The band has a record of one of the successful debuts in the South Korean acting industry. Moreover, they also hold the record to climb up the Billboard social 50 as a South Korean band.

The recent update is that the band held a giant meeting TEU-Day. The meeting was both online plus offline, so yes, if you have missed it, you should regret it. it was TREASURE’s first-ever fan meeting and they also called it “TREASURE 1st private stage”. Not only they performed numerous songs but also hinted that they are soon making a huge comeback. The group said that they would be making a comeback with high-quality music as soon as they can. Moreover, they also urged fans to keep looking at the TREASURE canvas to keep themselves updated.

Every moment of the show was beautiful and the light effect was mind-blowing. The whole stage was decorated with laser lights that were giving instant vibes. Moreover, the members of the group were split into the two floors on the stage. However, the talented boys made sure that they are performing in sync. The group made sure that they give the best sound and thus they were holding hand mics so that they seems to be singing as one body.

Everything was fine but since the pandemic is still there, the fans were urged to follow COVID protocols. They were stomping their feet and vibing on the beats of the song. Moreover, the fans watching the meeting online also showed up on the screens to support the boys. Everything was so emotional that the leader of the group Choi Hyun Suk teared up into a flood of emotions.