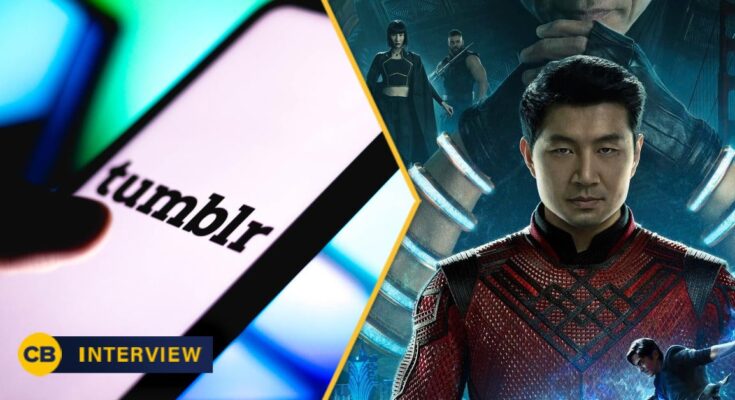 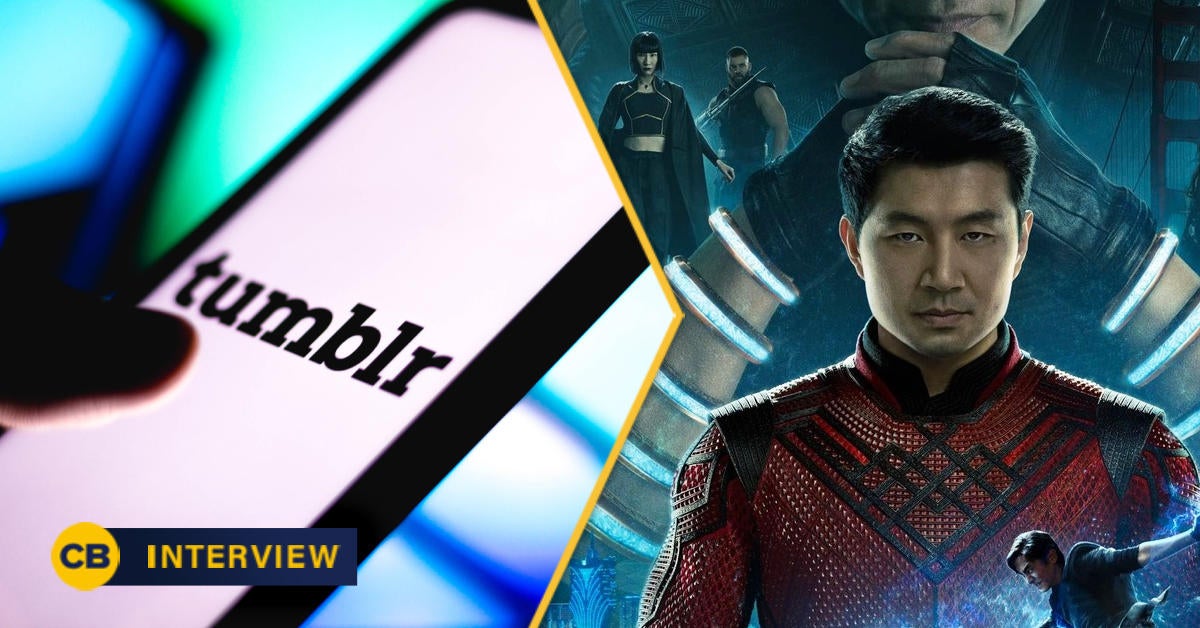 Phase Four of the Marvel Cinematic Universe is thriving, between the release of Shang-Chi and the Legend of the Ten Rings earlier this month, new episodes of What If…? every week, and projects such as Eternals, Hawkeye, and Spider-Man: No Way Home in the pipeline. With a mix of new and returning characters for fans to glom onto, as well as a lot of theory-inducing plotlines, there’s definitely a lot for fans to talk about on social media. That has especially been the case on Tumblr, as the beloved microblogging platform has had a strong Marvel fandom for years — but it has grown exponentially as of late, especially following the release of Shang-Chi.

ComicBook.com recently chatted with Cates Holderness, Tumblr’s Trends Expert, about the recent hype surrounding Shang-Chi, What If…?, and more. We spoke about the most surprising Marvel-related trends on the platform, the hype for Eternals and Spider-Man: No Way Home, and the long-awaited live-action debut of Tumblr favorite Kate Bishop.

ComicBook.com: Just to start things off, I know some of the data that you guys had sent me in anticipation for Shang-Chi was impressive in and of itself. What did you see in the lead-up, in terms of what people were really responding to and being excited about?

Cates Holderness: We’ve seen engagements just skyrocket throughout the spring and summer whenever a new piece of content came out, whether it was a trailer or whatnot. In April versus March, we saw engagements with the Shang-Chi tag increase 7,926%. It just keeps growing. It’s been ramping up. We saw a 450% increase in engagements in August versus July. And it just keeps getting bigger. So far in basically the first two weeks of September, compared to August, we’ve seen an 816% increase in total engagements.

It’s been increasing, and then since the release of the film, the tags around Shang-Chi in general, but also around a lot of the stars of the film, have been really, really wild.

I was going to ask about that, if there was like anything you’ve noticed in particular now that Shang-Chi is out. I know there is so many different elements of the film that Tumblr can respond to.

Totally. It has resonated really hard with a lot of Tumblr. We’ve got a lot of younger people who are seeing a lot of these famous actors for the first time. For instance, Tony Leung, who plays Shang-Chi’s dad, had an 897% increase in engagement so far in September, compared to August. And we’ve seen similar huge numbers with Simu Liu and with Awkwafina. Just crazy high engagements. It’s been really fun, especially, to see a lot of Asian-Americans or Southeast Asians in general being like, “Oh my gosh, these stars who have been part of my screen for decades are now on the big screen in a Marvel movie.” I’ve seen a lot of really enthusiastic discussion around just seeing people who look like them on the screen.

What If…? and Captain Carter

We talked about What If…? the last time we talked, but I was really curious about that, since that’s still ongoing. What is Tumblr engaging with, especially since the show is so wildly different week to week?

What If…?, in general, was an immediate hit. In August versus July, there was a 1300% increase in total engagements for the What If…? tag. And as far as standouts go, Peggy Carter, we kind of knew what was going to happen. She’s been a Tumblr favorite for forever, ever since her introduction in Captain America: The First Avenger. And given the end of [Avengers: Endgame], we saw a lot of excitement around her then as well. But after her episode aired, we’ve seen a 509% increase in engagements month over month in August, compared to July. So [there’s a] huge, huge love for Peggy Carter. We’ve seen tons of comparisons to her relationship with Steve in her episode, contrasting that with Steve’s relationship with Bucky in Captain America: The First Avenger. A lot of parallels there. People really like that comparison. They like seeing her wield the shield.

Are there any other characters, outside of Captain Carter, or other universes that have been shown thus far that Tumblr is latching onto?

Yeah! A really kind of sweet and poignant one is T’Challa. Again, it’s not unexpected, but we’ve seen a real outpouring of love and support for T’Challa, the character, and kind of renewed interest in Black Panther. The T’Challa tag had 320% increase in engagements in August versus July. We’ve just seen tons of love for the T’Challa as Star-Lord episode. It hits people right in the feels. And the “death is not the end” speech [from the zombies episode] that has just been giffed like a crazy. Tons of gifsets, and very sweet and poignant memorials for Chadwick Boseman as well.

Looking to the future for the MCU, there’s obviously a lot that’s still in the pipeline. What are you seeing, in terms of anticipation, for Eternals? They’re characters that people aren’t as familiar with, but the actors are definitely people that Tumblr is familiar with.

For sure. It’s interesting to me because I think, similarly, not a lot of people were familiar with Shang-Chi as a character before the films. So I think we’ll probably see a similar kind of adoption of this new cast of characters. We see spikes in engagement every time a new image comes out or the trailers. It always just blows up. But we’ve specifically seen a lot of increase with Richard Madden and Kit Harington. Folks on Tumblr are super excited to see them reunited on screen, and very, very excited to see them.

The internet, writ large, was very hyped for the Spider-Man: No Way Home trailer. Like, “When is it going to come out? What were we going to get?”, and everything. How did Tumblr react to that trailer, and what has the anticipation been like for that movie overall?

It’s been really funny to see. Tumblr, of course it loves Peter Parker. He resonates with so many of the Gen Z people on Tumblr, like, “Oh, he’s just a kid trying to find his way.” And he’s obviously been through a lot. There’s a lot of talk about. Is Stephen Strange going to be his new adopted dad, the way that Tony Stark was? A lot of jokes about Steven Strange as well. We’ve seen a lot of people [joke about] Wong being the responsible one of that organization and then jokes about, “Well, he was supposed to be the responsible one, but given the post credits for Shang-Chi, we know that he can throw down for sure.” A lot of people are just very excited to see it. Benedict Cumberbatch is a huge fave, and the Stephen Strange character is such a fun one. I think people are just really excited to see him interact with Peter Parker. People can’t wait to see MJ as well. It’s going to be huge, for sure.

Have there been any particular reactions to the more like multiversal elements of No Way Home, like Alfred Molina and the speculation around returning characters?

100%. We’ve seen, specifically, Spider-Man 2 trend as well. A lot of people are making comparisons. There are theories about how it’s going to get looped in, and how it’s going to kind of fit into the larger multiverse narrative. A lot of excitement on that.

We recently got the Hawkeye trailer. As long as I’ve been on Tumblr, there has been love for Hawkeye, and particularly the Matt Fraction Hawkeye run that is kind of inspiring the show. It feels like Kate Bishop has always been beloved on Tumblr. What is the reaction been to her debut in live action?

People are stoked for Kate Bishop. She has been a favorite. The comics really, really hit. That run of comics, Tumblr just went wild for. They love Clint, they love Kate, but they also love Lucky the Pizza Dog. People were really excited to see him in the trailer. That’s been really, really fun to see. Of course the Hamilton-esque ask Captain America musical. People are just thrilled about that. And we saw a huge spike in engagements around Hawkeye, and a ton of posts about finally seeing Kate Bishop in action, and seeing this kind of buddy series.

Is there anything that has surprised you recently, in terms of Marvel engagement on Tumblr? Anything that was kind of niche that kind of came out of nowhere or just interesting trends?

I think I am a little bit surprised at how much engagement and excitement we’ve seen for Shang-Chi. I don’t know if it’s because people are seeing it in the theaters for the first time, but it it’s really, really hitting. It’s a really fun movie and it’s great to see everyone on Tumblr, just kind of enthusiastically be like, “Yes, this next generation of Marvel stars are awesome.” People are just really looking forward to what’s next.

That’s amazing. I have a feeling once Shang-Chi comes out on digital and people can GIF everything from it, it’s just going to be crazy.

I can’t wait to dive into that tag when it’s out on digital, because that movie is beautiful, and GIF artists on Tumblr are true artists. There are going to be a lot of edits, a lot of gifsets. I’m going to deep dive.