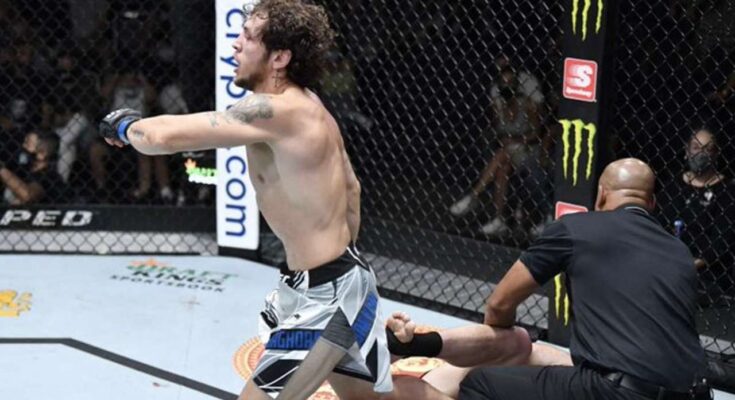 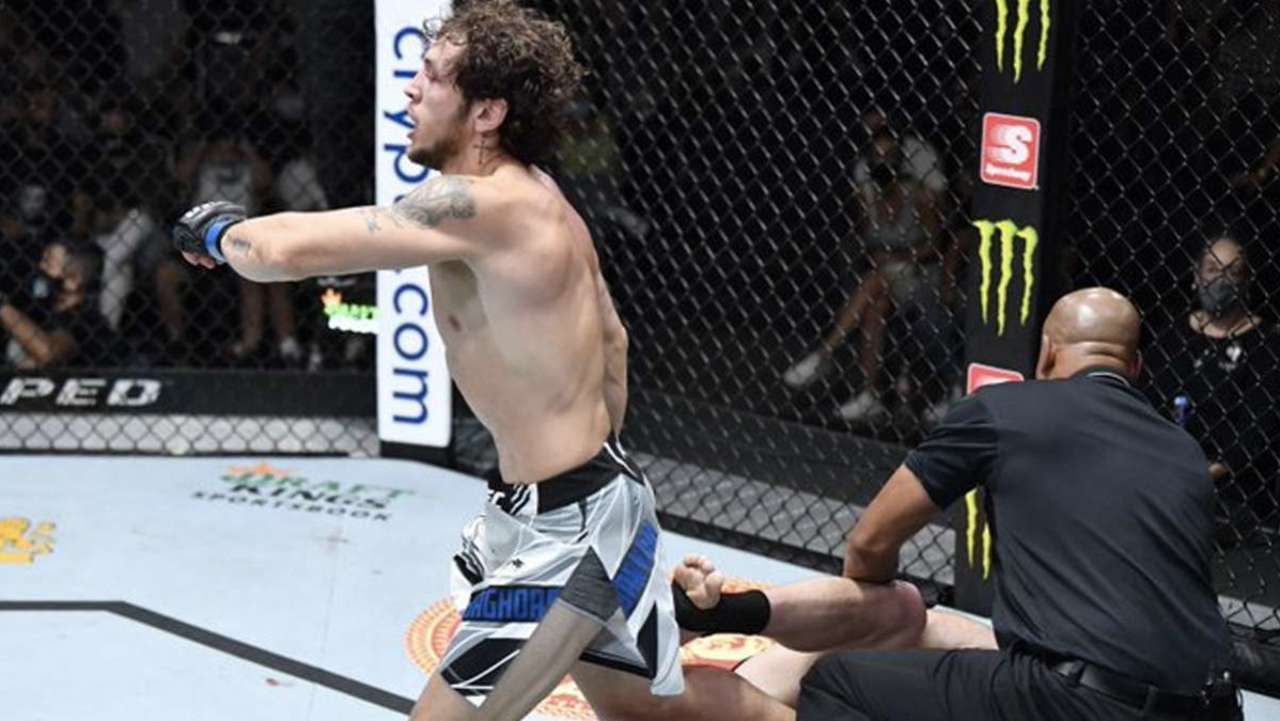 Melsik Baghdasaryan made quite an entrance with a head-kick KO in his first UFC match. The Gun delivered a wild shot to Collin Anglin, who was nursing a seven-fight win streak. Fans certainly took notice of the savage strike and the blows that snared Baghdasaryan the victory. He’s come up the ranks through Dana White’s Contender Series. The UFC Apex was on fire after the ref called the fight. One of the cool things about Fight Night is that you can have a front-row seat to the future of the sport. A lot of people tweeting at home believe they possibly saw just that go down in this particular fight. Check out the clip of the wild KO for yourself down below.

The newcomer spoke to UFC about his path to the Octagon. “I just wanted to do boxing. I didn’t want to do MMA,” he said. “After that, I got injured and then I kind of took time to think, and then we decided to do MMA… Of course, it’s kind of hard, kind of weird. But it’s very good. My striking is my specialty, my wrestling and jiu jitsu have gotten a lot better. I feel very comfortable.”

“I didn’t look at my opponent, I don’t care about my opponent. Every time, always, I do my job,” Baghdasaryan mentioned. “Before Contender Series, I didn’t see my opponent. It’s okay, I don’t care. I have more than 200 amateur kickboxing fights. We went from Armenia to some other country, and we don’t know anything like what fights we have, who our opponent is, if they’re tall, skinny, whatever.”

What did you think of the KO? Let us know down in the comments!

Head kicks are so savage, beautiful and effective. One day I’ll be able to throw my leg high enough🤣 #UFCvegas33