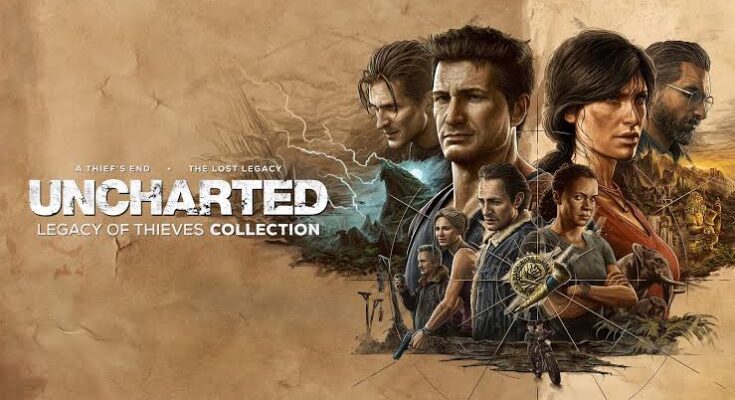 The PlayStation exclusive titles are finally making their way to PC

Uncharted: Legacy of Thieves was announced during the PlayStation Showcase recently, and it included many surprises. Firstly, Uncharted: A Thief’s End and Uncharted: The Lost Legacy will get remastered for thr PlayStation 5. Secondly, all the games in the franchise will come to PC for the first time ever.

Sony started making some of their exclusive titles available for a wider audience. Over the last two years, both Days Gone, and Horizon Zero Dawn has made their way to other platforms.

The Uncharted franchise and it’s hero Nathan Drake is one of Sony’s biggest assets, so letting PC players try them out is a generous move on Sony’s part.

However, in a PlayStation Blog Post, it was shared that the PC port for Legacy of Thieves will not be developed by Naughty Dog, the main studio behind the games. Instead, they will be done by Sony’s partners at Iron Studio. Further, it was also mentioned that the PC port will be available shortly after the PlayStation 5 remaster of the two final games are completed. Though an exact date isn’t available, the remastered versions are set to release in early 2022.

Its not surprising that a new studio has been brought in to work on the games. Uncharted had developed a game called Golden Abyss when the PlayStation Vita launched. It was developed by Bend Studio, the same one that made Days Gone. Bend Studio was also believed to be working on an Uncharted spin-off game, but it was scrapped. We can still expect one in the future, seeing how popular the series is.

Another smart move by Sony is releasing Legacy of Thieves in 2022, right when the live-action Uncharted movie is releasing. This will certainly create some buzz around the franchise.

Also read: PlayStation 2021: The most Anticipated Games coming to the console this September and beyond