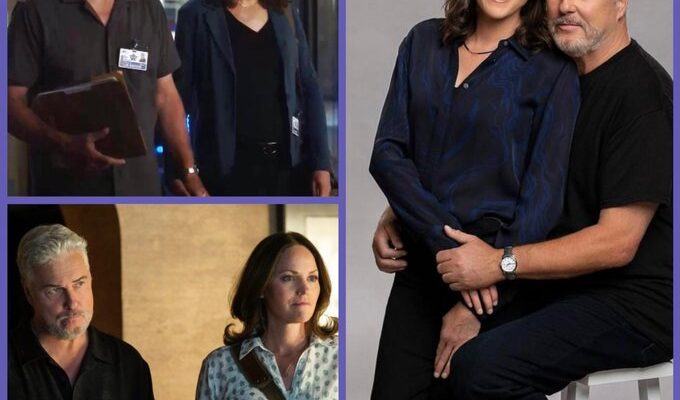 This brand-new drama being billed as a prequel to the original beloved series, CSI: Crime Scene Investigation, that debuted in 2000 and ran for 15 seasons. From October 6 onwards you can watch new CSI: Vegas on CBS.

Gil and Sara in the investigation scene

Wearing white latex gloves, the detectives investigate the crime scene. Where they discover a chair in which a dead body is roped. Fox gave a few statements, with the phrase it’s Groundhog Day. And teased a crazy plot.

The original show featured an all-star cast of criminologists who used forensic science and their own innate detective abilities to investigate crimes in Las Vegas. When Gil Grissom took over as night-shift supervisor, the team was regularly called on to process and analyse items of evidence.

Autopsies, violent crimes, and bloody crime scenes were all featured prominently on the show. The audience taken through the science of the original show using dramatic visuals and computer – generated imagery.

Each crew member carried a unique set of skills and character traits to the proceedings, and the tension created by the conflicts and relationships among the members of the team arose throughout the story.

We can expect the same in this new CSI: Vegas. It begins a new saga in the city where it all began, Las Vegas. Faced with a potential threat that could mean the end of the Crime Lab, a talented group of forensic investigators must reunite with old colleagues. They make use of cutting-edge methods to maintain and administer justice in Sin City.

However, in Season 10, Gil announced his retirement from the CSI unit and reunited with his fiancée Sara. While their relationship had its ups and downs, including a divorce. In their final appearance, they sailed away together so that Gil can continue to follow his soul.