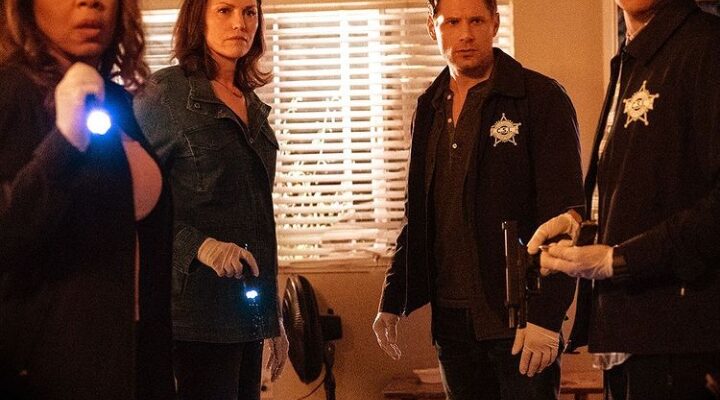 CSI: Vegas released a new trailer for the newest instalment of the show. Previously the show made the viewers awestruck with the story line.

The President of CBS Kelly Kahl said about how this cinematic series launched its own creative genre. And charmed the fans globally.

As the trailer conveys that this fall will be the new beginning for everyone in the team. With William Petersen and Jorja Fox returning to reprise their role, the new generation investigators will have to collaborate with them. But this time the reputation of the lab is on the line. And the team is required work, leaving behind everything and sacrificing everything.

What Will Be The Story line For The Show

With the O.G’s returning, new members may fell insecure. But it is not the time to fight for personal issue but a fight to save the lab.

The trailer set to focus the story in Las Vegas, where it all began. The investigators face some serious issue this time.

The team faces an existential threat, which can directly compromise the Crime Lab for good. With many convicted killers who were locked-up earlier are on the verge of moving freely in the streets of Vegas.

So now its a do-or-die situation for the investigators as their personal reputation and of the lab’s is in serious trouble.

The old friends from the show Gil Grissom, Sara Sidle and David Hodges are returning. The old squad with a blend of new technology in the world of investigation is surely worth-watch.

The trailer seems to give hints on a mystery that is yet to reveal. With the new members i.e Matt Lauria, Mel Rodriguez, Mandeep Dhillon and Jamie McShane will be able to come out of the trouble.

The official theme song too will return which is a treat for the fans as it provides them the feel.

The team is now at a dead-end, but they will do what they did earlier, ‘Follow The Evidence!’