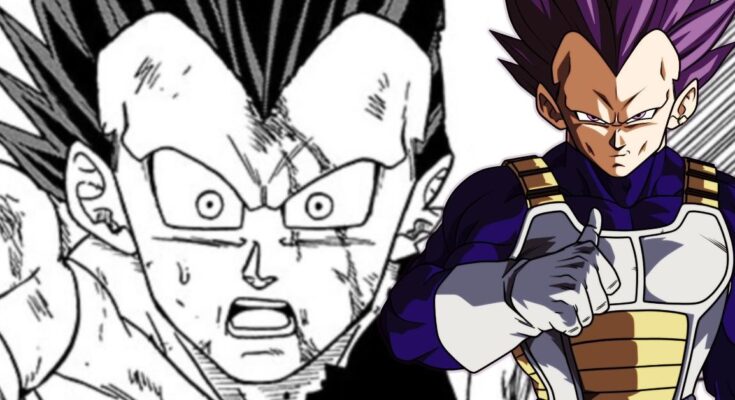 Dragon Ball Super recently gave Vegeta a brand new form with Ultra Ego, but it actually has a problem in how much her could potentially grow with this power. Ever since Goku started unlocking Ultra Instinct, Vegeta had not only grown dissatisfied with his own growth in comparison, but did not want to train in the same ways as Goku anymore. This led him to train on Yardrat during the Galactic Patrol Prisoner saga, and led him to train in God of Destruction techniques with Beerus. This unique path also led to a unique form all of his own.

But that’s actually the problem Vegeta is going to have to face head on if he wants to get stronger. Ultra Instinct has a framework to work off of as Goku tapped into the angelic technique that other angels have mastered, and thus he has an idea of what he needs to do to completely master it. But Ultra Ego is a completely unique form to Vegeta, and thus he does not have that same baseline to compare himself. That means, it’s going to be a lot of trial and error that only he himself is going to be able to work on.

Following Vegeta’s full unleashing of Ultra Ego in the fight against Granolah in Chapter 75 of the manga series, Vegeta explains that Ultra Ego is his own innate power that had awakened in the midst of the fight. While Beerus had given him an idea about the kind of mindset he would need to reach this kind of level in combat, Vegeta further boasts that this power is entirely his own. Emphasizing this even more with the power’s name, “Ultra Ego,” Vegeta has dug himself a big hole here.

With this power only sparking through this fight, and already revealing a number of flaws with its use in actual combat, it’s going to be a tough road for Vegeta to power this up further and master his use of it. Because he can only rely on himself, it’s the perfect encapsulation of his journey through the series thus far but also funnels him into a single kind of path to power. There’s no clear frame for what Vegeta’s true mastery of this will look like.

But while this is a major issue in terms of growth, it’s also not completely detrimental either. Vegeta could become stronger than anyone could ever expect, and could grow stronger than the gods themselves one day. And it would be on all his own! What do you think? Let us know all of your thoughts about it in the comments! You can even reach out to me directly about all things animated and other cool stuff @Valdezology on Twitter!