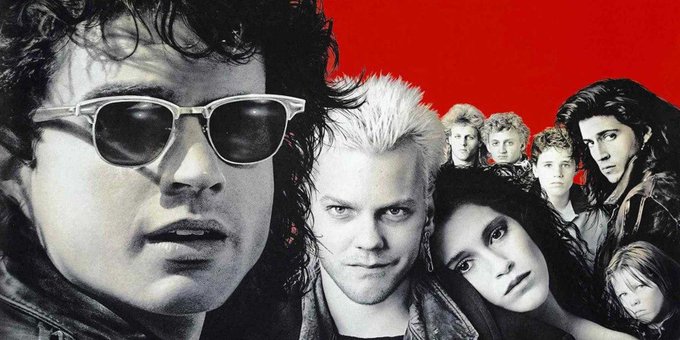 The Hollywood Reporter first reported on the development and identified the key parties involved in Lost Boys. The movie has youthful stars Noah Jupe and Jaeden Martell. Yet, it’s not clear if they reprising their roles from the 1987 film or creating entirely new ones. More than the fact that it takes place in the present day. No other details regarding the plot have been divulged.

Aside from certain environmental alterations and other modern upgrades, the film expected to follow a similar concept to the classic. Honey Boy and Defending Jacob both praised both actors for their early work. Thus the calibre of young talent involved is already remarkable.

The Lost Boys adaptation written by Randy McKinnon, who currently scripting Warner Bros and DC’s Static Shock movie and I Am Not Okay With This. Jonathan Entwhistle helm the film as director. With their organization Automatik, Brian Kavanaugh-Jones and Fred Berger contributed in the remake’s production.

The story of two vampire brothers

The original Lost Boys film revolves around two brothers who have just migrated to Santa Carla, California. To live alongside their recently separated mother’s father. It’s not long before Michael and Sam, two vampire brothers, run into a biker gang of Peter Pan-style Lost Boys who never grow up.

Among some of the actors who worked with Kiefer Sutherland and Alex Winter were Jason Patric, Corey Haim, and Feldman, Wiest, Brooke McCarter, and Billy Wirth. Jeffrey Boam penned the screenplay while Janice Fischer and James Jeremias came up with the storey for Batman Forever, which was filmed by Batman Forever’s Joel Schumacher.

The CW had a proposal for a “Lost Boys” TV series in progress but it temporarily suspended because to the pandemic. The progress of that project is still unknown.