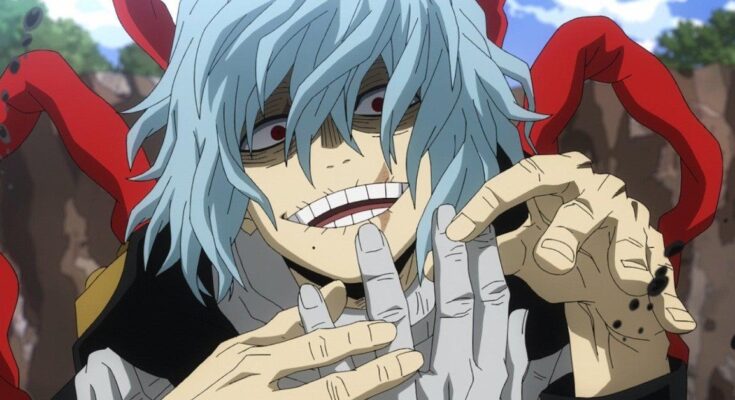 The manga was far more violent than the anime adaptation, specifically when it came to Shigaraki’s present and past. The experiments being performed on Shigaraki by Dr. Garaki might look disturbing with the sheer amount of electricity pumping through his veins, along with gallons of blood erupting from the villain as well. With the origin story of Shigaraki in the anime mostly staying true to the manga, the damage that he does to his family in the printed edition is far more gruesome, with the young villain turning them into bloody chunks and cracking them across their forms rather than seemingly transforming them into salt at first in the television series.

Re-Destro might have gotten the short end of the stick when it came to not being as fleshed out in the anime as he was in the manga, with the printed story taking the opportunity to not only show more of his backstory but showing just how violent and psychotic he could be when it came to the goals of Destro. In chatting with his employee Miyashita, the underling believes Destro is a terrorist, causing Re-Destro to lose his mind and kill Miyashita in a heartbeat.

One of the major components of the My Villain Academia Arc that was lost in translation was definitely the lack of a full episode focusing entirely on Re-Destro’s organization, the Meta Liberation Army. Running a company called Detnerat, Re-Destro worked to become successful for the sole purpose of achieving Destro’s dreams. The manga took the opportunity to show that much more how the MLA had become an essential part of society, working in the shadows and taking over some key parts of civilization, waiting to pounce to take down hero society once and for all.

Before Shigaraki and his gang fought against Gigantomachia and then the Meta Liberation Army, they had run into the Creature Rejection Clan, a cult of super-powered beings that despised those that looked different from normal humans. Seeing Spinner as a perfect example of that which they hated, the Cult attempted to eliminate the League, who were seeking to steal valuables to sell in order to keep their dream alive. Not only does the League murder these Clan members, they do so in a bloody fashion, proving just how dangerous the young villains could be when it came to battles.

Spinner is definitely not as flashy as the likes of Toga, Twice, Dabi, and Shigaraki, with the lizard-like ninja not having the same level of strength as his fellow antagonists. While the latest anime adaptation did touch upon Spinner’s origin briefly, the manga took the opportunity to dive far further not only into Spinner’s origin but his mindset when it came to joining the League of Villains and joining Shigaraki’s cause. Spinner himself in the manga offered a lot of commentary and insight to the bloody chapter of UA Academy, and it was certainly missing in the anime version.