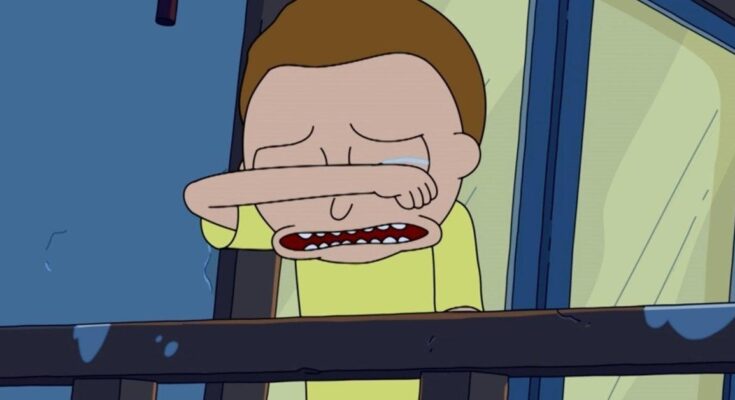 Rick and Morty’s fifth season ended earlier this month, and has already confirmed that 50 more episodes of the series are still on the way. With writing on Season 6 and 7 wrapped before Season 5 even finished airing, the fan favorite Adult Swim animated series has some growing pains it needs to overcome as it heads into the next season and beyond. After playing around with the fact that it was actively avoiding serialized storytelling through the majority of the fifth season’s run, the final three episodes of the series revealed more of the lore and canon fans had been hoping for.

Unfortunately, one thing that has become a major habit of the series from the past few seasons has been the fact that Rick and Morty tends to undercut many of its biggest reveals with jokes now. It’s an animated sitcom at heart, so it’s natural to try and brush away many of the in-jokes it makes towards fans trying to take it seriously. But the odd part about all of it is that this is what fans have come to love most about the series. It’s why fans were so hooked to the idea of Evil Morty, the Citadel, and Rick’s past regardless of how little these ideas were addressed in the five seasons thus far.

The Season 5 finale, “Rickmurai Jack,” addresses all three of these things and capitalizes on seasons worth of build up within this single episode. Unfortunately, most of these huge reveals just aren’t given the room to breathe as it’s not long before Rick calls attention to them by breaking the fourth wall. Sure, fans are aware of the Evil Morty, and sure fans wanted to see his backstory, but it definitely hurt things for Rick to callously mention them are sort of remove the tension or the satisfaction of those reveals.

It’s not to say these reveals aren’t as exciting, it’s just that Rick and Morty can be incredibly effective in these more emotional moments when it chooses to be. The fifth season alone has one of the strongest examples of this in Morty’s break up with Planetina, and the penultimate episode, “Forgetting Sarick Mortshall,” explores this more intense character driven territory to great effect as well. But that’s something that hopefully changes in future seasons.

With the final episode of the fifth season opening the multiverse to all sorts of new threats that Rick himself won’t be able to outsmart with ease, and it teasing a more trusting and open relationship between Rick and Morty, then perhaps it means a less openly cynical look at its world overall. This is not an argument saying that the series should do away with fourth wall breaks overall, or stop poking fun at its fans for wanting more serialization like this, but it’s got to give these bigger stories a chance if it’s going to keep trying them.

But what do you think? What would you want to see more of in Rick and Morty’s sixth season and beyond? Let us know all of your thoughts about it in the comments! You can even reach out to me directly about all things animated and other cool stuff @Valdezology on Twitter!