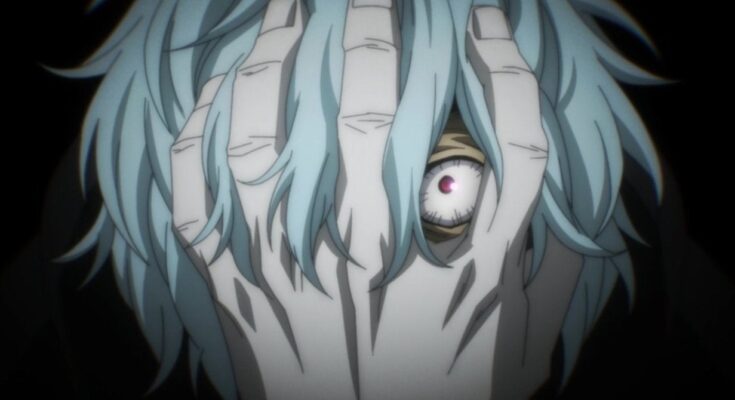 My Hero Academia has taken its first steps into the second cour of the fifth season, and one of the most burning questions fans have is why the anime decided to swap the final two arcs of the season. Fans who have only been keeping up with the anime release might be surprised to know that the current arc actually takes place after another one in Kohei Horikoshi’s original manga release. The anime is now tackling Izuku Midoriya, Katsuki Bakugo, and Shoto Todoroki’s time working under Endeavor for their newest mandatory work study, but it began with an ominous Tomura Shigaraki tease.

This tease saw Shigaraki laughing in the ruins of Deika City in an event that happened nine days before the events of Episode 101, and the newest opening for the season confirms that we will eventually get to see this event take place in the anime. So why did the fifth season decide to swap the events of the Endeavor Agency and Meta Liberation Army arcs? There is both a practical and narrative reason for doing so now that the anime’s staff can approach the series in retrospect.

Without giving too much away for fans who have not been keeping up with the manga, the Meta Liberation Army arc (or “My Villain Academia” as more popularly known) introduces a new group of villains and results in some big changes to the status quo as a whole. These changes aren’t really reflected in the events of the much shorter Endeavor Agency arc in the manga, but the pieces of those changes start to take place as we see Endeavor and Hawks finding out in Episode 102.

In terms of the overall narrative, the effects of Meta Liberation Army arc directly lead into a game changing event that will come in Season 6. This means that with this swap, it’ll flow much better in the anime as a likely Season 5 cliffhanger will tease a start to the intense action coming in the next season. On top of this, there’s actually a more practical reason for the Endeavor Agency set up to come first.

My Hero Academia will be releasing its third feature film, World Heroes’ Mission, in theaters in Japan on August 6th. This film is not directly tied into the canon of the series just as the first two films weren’t (as far as we know), but it takes place during the Endeavor Agency time period. So it just makes sense to cement this part of the anime’s canon in place before the new film just tosses us into a mission Deku, Bakugo, and Todoroki go on during this period without needing much explanation.

Heroes Rising did the opposite and jumped forward far from where the anime was at the time (even featuring Hawks’ first official appearance in anime form), and it resulted in a small disconnect as we didn’t see how Deku and the others had developed to that point. But that won’t be a problem for World Heroes’ Mission now that Endeavor Agency arc is going to get itself out of the way in a rather short period before the August premiere.

This is all just conjecture, but the pieces are there to help explain why the anime ended up swapping these two arcs. It’s ultimately going to be unimportant in the grand scheme of things since the anime follows Kohei Horikoshi’s original manga anyway, but it’ll make for a much nicer flow once everything truly gets going. It’s going to get very intense, and stay that way well into a potential Season 7. Either way you stand on the swap, you’re going to really dig what’s coming.

But what do you think? Why do you think My Hero Academia’s swapped its final fifth season arcs? How do you feel about the change so far? Let us know all of your thoughts about it in the comments! You can even reach out to me directly about all things animated and other cool stuff @Valdezology on Twitter!