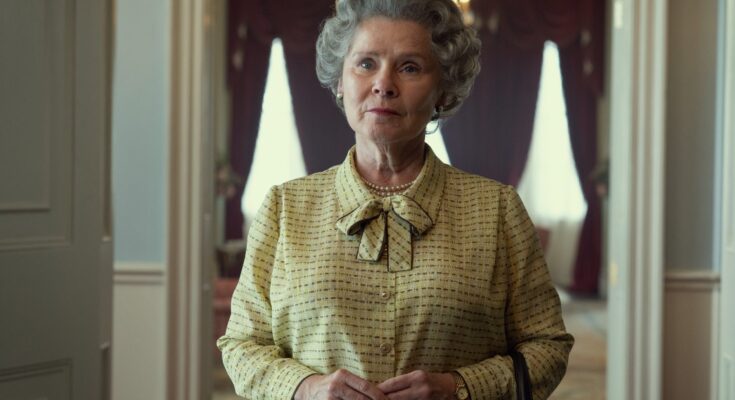 First look of ‘The Crown’!

One of the most popular series of Netflix “The Crown” is inspired from the royal life and reign of Queen Elizabeth II when she took over the throne after her father. The show has successfully created 4 seasons so far and is in process of releasing season 5. During the first season, Elizabeth’s reign is cover from 1947 to 1955. Second season discusses the Suez Crisis of 1956 to the birth of Prince Edward in 1964. The third season runs from 1964 to 1977.

Despite this, it includes Harold Wilson’s two terms as prime minister, and introduces Camilla Shand.

Season four spans 1979 to the early 1990s. As well as Margaret Thatcher’s time as prime minister, we also have the marriage of Prince Charles to Lady Diana Spencer. Lastly, the fifth and sixth season will cover Queen Elizabeth’s reign into the 21st century.

Taking on the role of Prince Charles in the photograph. Dominic can be seen dress in a brown suit with a striped tie and a yellow pocket square. Additionally, standing outside an unknown residence. The picture shows him in a moody state, suggesting Charles and Diana’s marital problems will be explored more in season five. Elizabeth is sitting on a pink sofa, looking just like Diana, and seems uncanny.

Furthermore, Netflix has already shown us the Queen’s first look, who looks unbelievable.

Most of the time, new actors have been cast. Considering the lengthening of time-lapse as well as the aging factors. As for now, the cast are as follows, Imelda Staunton(Queen Elizabeth II), Jonathan Pryce(Prince Philip), Lesley Manville(Princess Margaret), Elizabeth Debicki(Diana, Princess of Wales) and Dominic West(Prince Charles).

Also, Elstree Studios will begin filming in July 2021, assuming none of the scheduled disasters occur. In 2022, the series will air. Reports indicate that the production break was always in the works and is not connected to the pandemic.