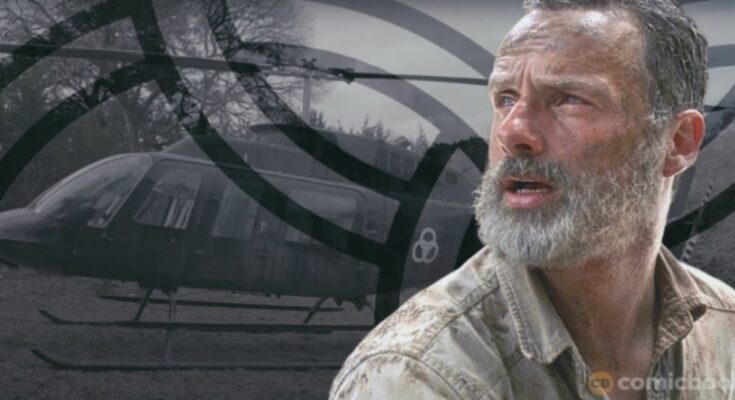 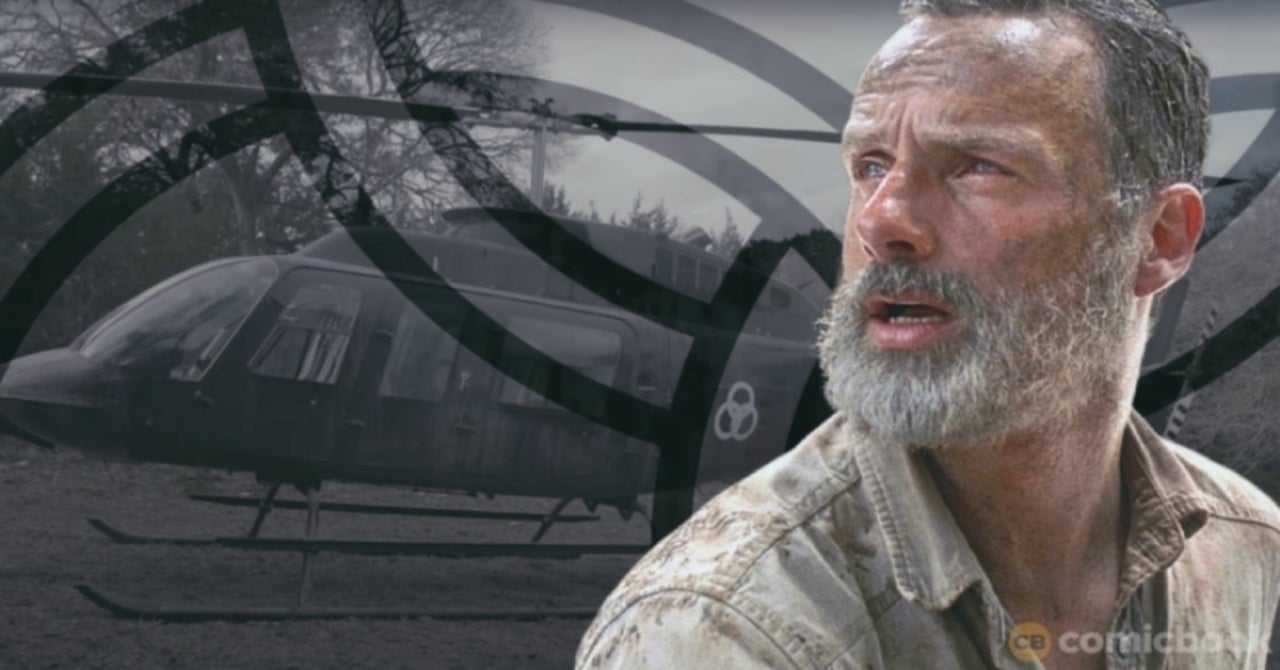 The Walking Dead: World Beyond reveals ties to Rick Grimes (Andrew Lincoln) when Jadis (Pollyanna McIntosh) touches down in Season 2 of The Walking Dead spin-off. Before the two-season event series comes to an epic conclusion in the final ten episodes, World Beyond catches up with Jadis/Anne years after she disappears with Rick aboard a helicopter piloted by the Civic Republic Military. Jadis, once the leader of the Civic Republic-aligned Scavengers on The Walking Dead, is now a soldier in the black-clad CRM: the authoritarian arm of the top-secret society home to some 200,000 survivors and the last light of the world.

In the six-plus years since Jadis saved Rick’s life by shuttling him to safety aboard a CRM helicopter in Season 9 of The Walking Dead, she’s back with a mission: “To create a new era on this planet.” Rick remains MIA, his disappearance spurring Michonne (Danai Gurira) to embark on a quest to bring the “Brave Man” home to their children RJ (Antony Azor) and Judith Grimes (Cailey Fleming).

What happens after that fateful helicopter flight remains a mystery. Rick is a presumed prisoner of the CRM, who strong-arm Assets into serving their mission to secure the world’s future before all human life is extinct from the planet. Some, like renowned biochemist and geneticist Dr. Leo Bennett (World Beyond‘s Joe Holt), are recruited to develop a cure or other solution to the zombie virus that has plagued the world for more than a decade.

According to World Beyond co-creator and TWD Universe chief content officer Scott Gimple, these next ten episodes will reveal “hints of what happened with that fateful helicopter ride” that took Rick away from The Walking Dead. In the more than six years since we last saw Jadis with Rick, she’s found “new allies and alliances,” Gimple teased.

McIntosh’s mysterious character aligns with Lt. Col. Elizabeth Kublek (Julia Ormond) and is “a big part of connecting the CRM and Three Circles mythology that’s seen throughout all three series”: The Walking Dead, Fear the Walking Dead, and World Beyond.

This final season of World Beyond takes place several years after the events of the first Walking Dead Movie, which will “explore the story of where Rick is taken and what he faces in a new corner of the zombie apocalypse.” A cryptic teaser trailer released in 2019 hinted Rick and Anne’s first destination is Philadelphia.

“[Rick is] flying off in a helicopter, away from Virginia, and it’s going to be a new world — a very new situation with its own history, and very, very different from what we’ve seen before,” Gimple previously told EW about the movie set during the events of The Walking Dead‘s ninth season. After confirming Jadis’ return in the movies, Gimple added: “We’re going to tell the story of what happens after that helicopter flight, and these are going to be big, epic entertainments.”

When Jadis reappears in World Beyond, it’s without Rick: Gimple has ruled out Rick’s return in Season 2. Viewers can expect to learn more about the CRM and the inner workings of their operations before they return in the Walking Dead Movie, bringing with it answers about this “vast mythology” first introduced in Season 7 of The Walking Dead.

“This season especially tells sort of these in-between stories to some really big things that are happening in the universe that really do join it together,” Gimple said of World Beyond Season 2 during San Diego Comic-Con. “Grout is not the most elegant stuff in the world, but not a bad analogy here. It really does fill in some story gaps, or story knowledge, that the audience doesn’t have.”

Gimple continued: “It actually gets more and more intense that way as the episodes go on. There will be a moment where — specific to that joining of the worlds, or at least getting other information about the world — there are some very big moments and some very big aspects to this season.”

The Walking Dead: World Beyond returns with new episodes Sunday, October 3, on AMC. Follow the author @CameronBonomolo on Twitter for all things TWD.