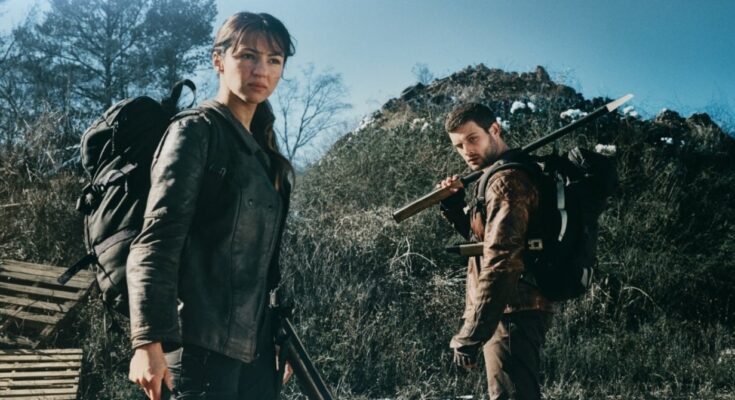 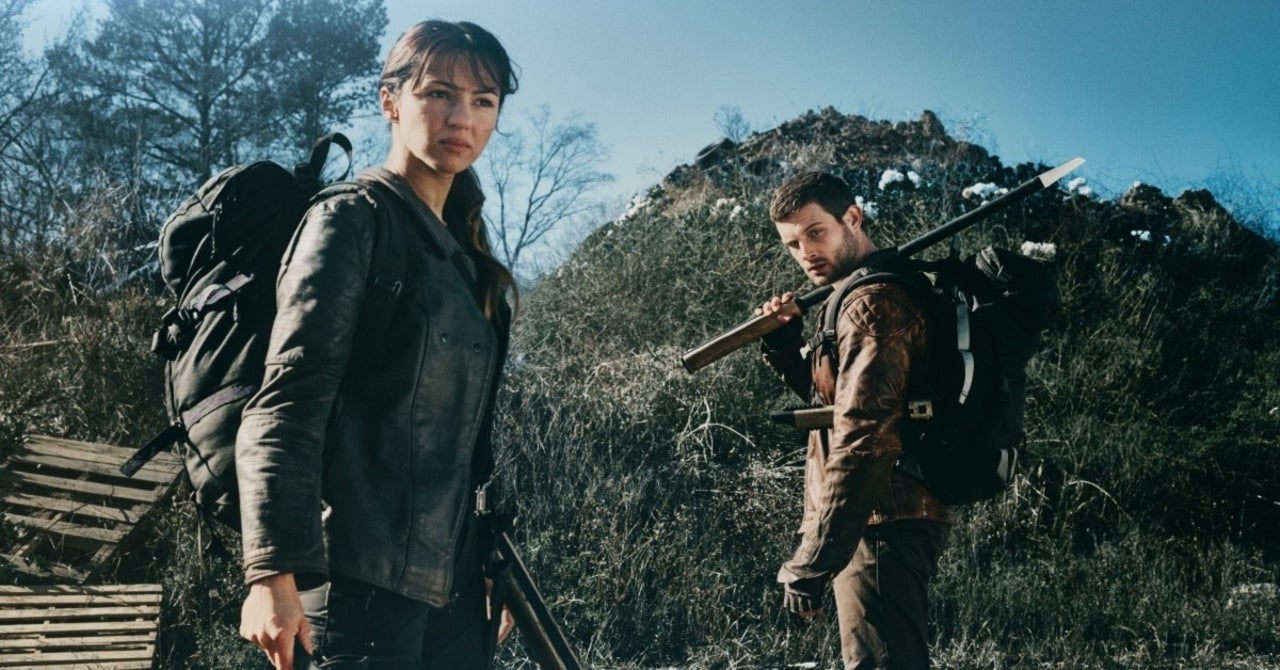 The world of The Walking Dead is about to get “a lot bigger” in Season 2 of TWD: World Beyond. The second and final chapter of the two-season limited event series, returning with new episodes later this year on AMC, follows Felix (Nico Tortorella) and friends in a fateful fight against the shadowy Civic Republic Military. The CRM, which includes Felix’s former best friend Huck (Annet Mahendru) as a member, has an even greater role to play when Season 2 of the spin-off visits never-before-seen locations in the Walking Dead Universe.

“There’s a lot of fighting this season. The show feels a lot bigger this season. I feel like last season, it was really the core six of us,” Tortorella told TooFab about the core group of Felix, Huck, sisters Iris (Aliyah Royale) and Hope (Alexa Mansour), and their friends Elton (Nicolas Cantu) and Silas (Hal Cumpston). “It was a pretty intimate show, and it was really about the backstory of these characters and them getting from point A to point B. Season 2 is from C to Z.”

In Season 2, Tortorella teased, “Be ready. Anything you thought was going to happen, throw it out the window and have an open mind.”

Series co-creator and Walking Dead Universe chief content officer Scott Gimple recently revealed the first peek at Season 2 during a stream with TWDUniverse on Twitch, showing a look at “some places that World Beyond will be taking place” in the new season.

“Season Two of The Walking Dead: World Beyond concludes the epic story of Iris, Hope, Elton, and Silas — four friends who journeyed across the country on a mission that transformed everything they knew about themselves and the world,” reads a Season 2 synopsis. “As they face off against the mysterious Civic Republic Military and fight for control of their own destiny, goals will shift, bonds will form and crumble, and innocence will be both lost and found.”

Season 2 of The Walking Dead: World Beyond premieres late 2021 on AMC. Follow the author @CameronBonomolo on Twitter for all things TWD.