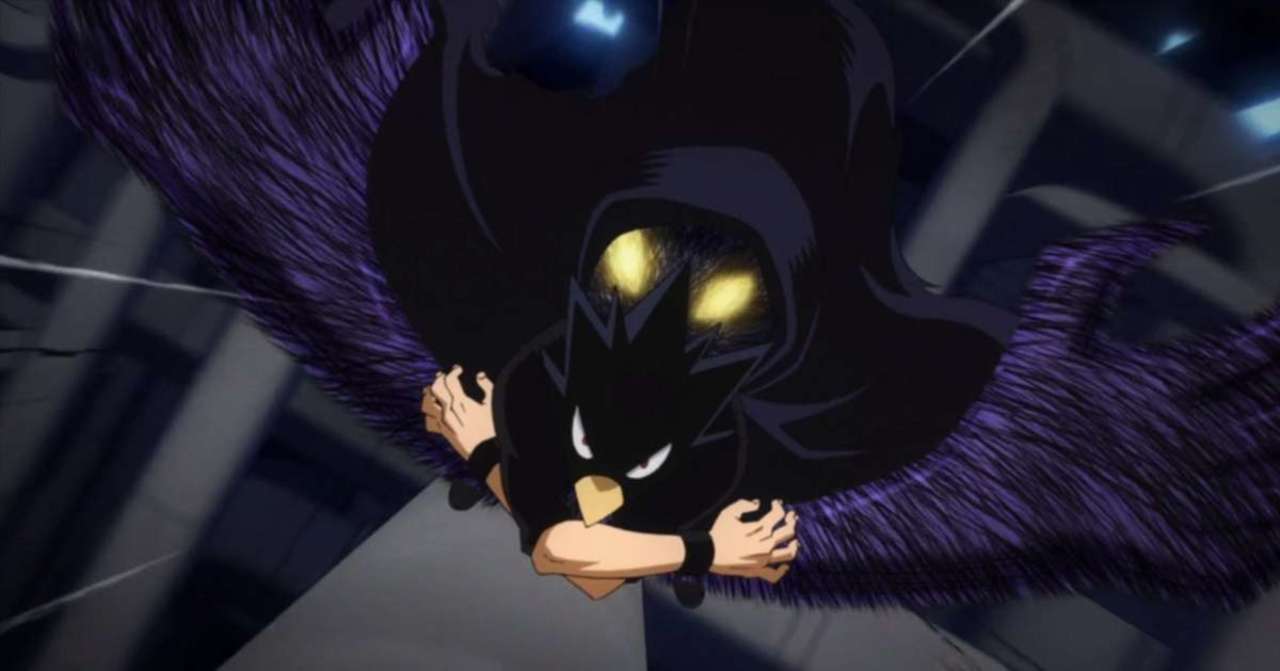 My Hero Academia is moving forward with its fifth season, but that is not all coming for the series this year. Fans were told some months ago that a new movie is gunning for Izuku, and the project has amped up excitement within the fandom. And now, some new stills of the film have gone live.

The update comes courtesy of the official Twitter for My Hero Academia. It was there fans were given two character stills for the upcoming movie. The two leads in question will be familiar to fans of the franchise because let’s be real – it is almost impossible to mistake Hawks.

The pro hero is seen to the left of the still as he holds a hand to his earpiece. Hawks seems perturbed in the worst way as he watches a fire rage before him. Clearly, something has not gone according to plan here, and Tokoyami seems to be in a similar situation.

The student is shown with a hand to his ear as he listens to his communicator. Tokoyami looks distressed given his narrowed eyes, and a bead of sweat is shown at his temple. If the two are talking to each other in this scene, then you can expect a good bit of drama from this film. And given the synopsis of My Hero Academia: World Heroes’ Mission, fans are already assuming they’re in for an action-packed treat.

After all, the movie’s official blurb teases a terrorist organization, and Izuku will be forced to team with heroes from all over to stop the baddies from overhauling humanity. So if you need more details, you can find the film’s full synopsis below:

“A mysterious group called Humarize strongly believes in the Quirk Singularity Doomsday theory which states that was quirks get mixed further in with future generations, that power will bring forth the end of humanity.

In order to save everyone, the Pro-Heroes around the world ask UA Academy heroes-in-training to assist them and form a world-classic selected hero team. It is up to the heroes to save the world and the future of heroes in what is the most dangerous crisis to take place yet in My Hero Academia.”

What do you think of these latest stills? Are you hyped for this new My Hero Academia movie? Share your thoughts with us in the comments section below or hit me up on Twitter @MeganPetersCB.