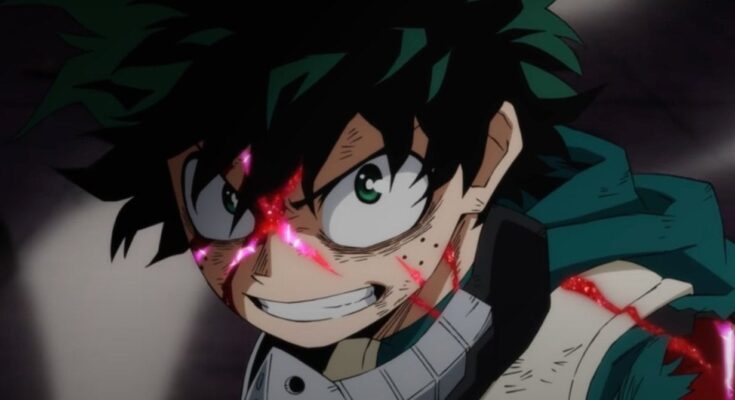 My Hero Academia has released a special new trailer to celebrate World Heroes’ Mission‘s now running in theaters in Japan! Coinciding with the anime’s fifth anniversary, the franchise branched out with its third feature film taking Izuku Midoriya, Shoto Todoroki, and Katsuki Bakugo on a special mission throughout the world along with pro heroes like Endeavor. The new film is currently now in theaters in Japan as of this month, and has already made a number of waves through the speedy success of its release in comparison to the films that have come before.

Now that My Hero Academia: World Heroes’ Mission is celebrating its success, and is getting ready to expand its screenings throughout Japan (and eventually in international territories), TOHO Animation has celebrated in a different new way with a special new trailer highlighting the close connection between Izuku Midoriya and newest addition to the franchise with the film, Rody Soul. You can check out the newest trailer in the video above!

My Hero Academia: World Heroes’ Mission is now screening in Japan as of August 6th, but unfortunately has yet to set any official international release plans as of this writing. Reports have started to pop up about when the film could find itself releasing in the United States, but nothing has been announced as of this writing. Given the film’s success in Japan, and popularity of the franchise overall, an international release is all but certain, however.

My Hero Academia: World Heroes’ Mission is officially described by TOHO Animation as such, “A mysterious group called Humarize strongly believes in the Quirk Singularity Doomsday theory which states that was quirks get mixed further in with future generations, that power will bring forth the end of humanity. In order to save everyone, the Pro-Heroes around the world ask UA Academy heroes-in-training to assist them and form a world-classic selected hero team. It is up to the heroes to save the world and the future of heroes in what is the most dangerous crisis to take place yet in My Hero Academia.”

What do you think of this newest trailer for My Hero Academia‘s third movie? Will you be checking it out when it releases outside of Japan? What are you hoping to see in action in World Heroes’ Mission? Let us know all of your thoughts about it in the comments! You can even reach out to me directly about all things animated and other cool stuff @Valdezology on Twitter!