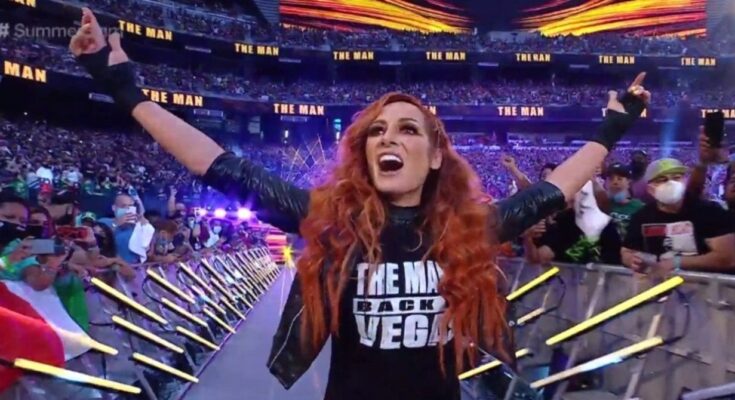 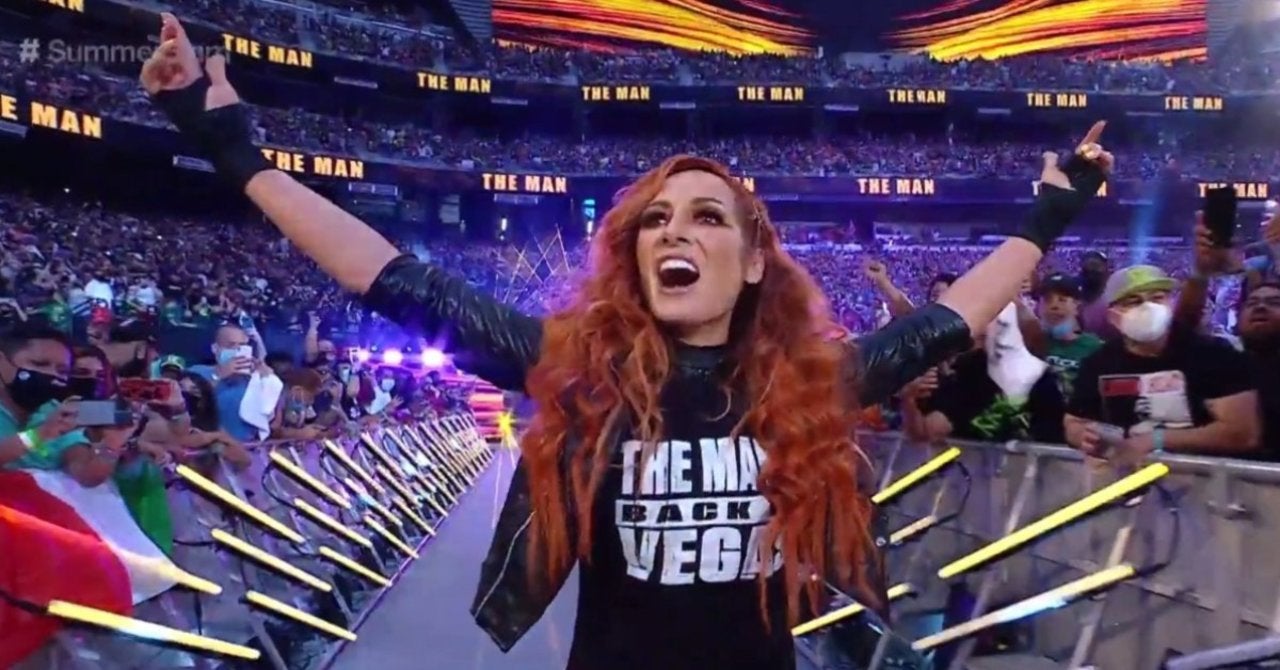 The Man Becky Lynch made her grand return to WWE at SummerSlam, and within a matter of minutes, she had taken down Bianca Belair and reclaimed the SmackDown Women’s Championship. It surprised a lot of people and was pretty divisive across the board, and Lynch didn’t offer much in the way of comment after the show. Thankfully we’ll have another opportunity to get some answers this week, as a new ad for SmackDown reveals that Lynch will be making an appearance during this week’s SmackDown on FOX, and hopefully, that comes with some answers regarding why she took a handshake from Belair and capitalized with a bit of a heel move before the bell.

A promo addressing her return is likely, but what people really want is some sort of clarity on what she is these days. Is she the anti-hero babyface that we saw as she relinquished the Raw Women’s Championship and announced her pregnancy, or is she a full-blown heel?

The (NEW) Champ is here!

It’s been reported that Lynch is the one who pitched coming back as a heel when she finally returned, and if so that would make her actions and the overall angle at SummerSlam make more sense. If she truly is a heel, she’ll likely indicate that clearly on SmackDown, especially if Belair comes out to address what happened at SummerSlam.

I wouldn’t bet on Belair not coming out at some point, and we should leave with some kind of understanding of Lynch’s current character and how she is approaching her time on SmackDown. Don’t think anyone expected Lynch to come back as a heel, especially because of how beloved she was when she left, though if the reports of Lynch wanting that direction are true, perhaps it is to help keep her character fresh. Odds are she would’ve gotten quite a few weeks or months from just coming back like she was and riding the welcome back wave (see John Cena for proof), but after that, I’m sure there would’ve been detractors complaining about nothing changing.

Regardless of whether she’s heel or face, it’s great to have Lynch back in WWE, and despite the divisiveness of the angle with Belair at SummerSlam, the two stars can turn things around and make this a killer program with just one interaction, and hopefully, that’s what happens this Friday.

What do you want to hear from Lynch this Friday? Let us know in the comments and as always you can talk all things WWE with me on Twitter @MattAguilarCB!