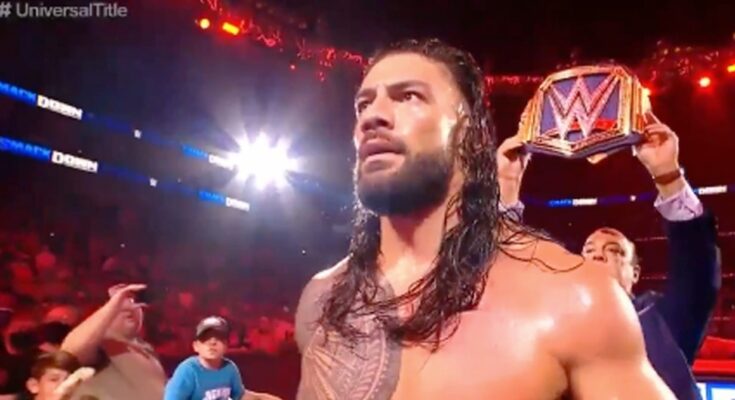 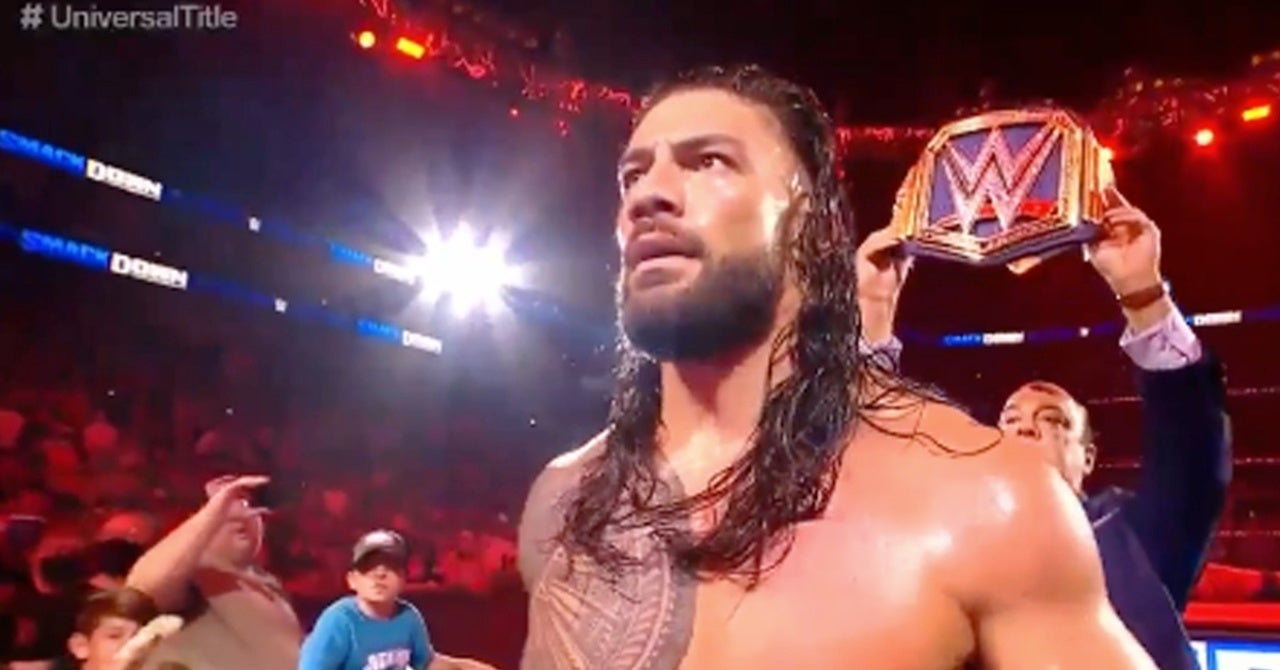 Tonight’s SmackDown main event was the much anticipated Universal Championship match between the Tribal Chief Roman Reigns and Finn Balor, but things got off to a bad start for Balor. Before the match even started Balor was attacked in a brutal fashion by the Usos, who slammed him with the steel steps several times. Balor looked in rough shape but pressed on with the match anyway, and Roman Reigns took full advantage. Reigns threw him around like a ragdoll early and then hit him with a flurry of punches and shoulders, but Balor fought back and went after Reigns’ legs and then hit a Sling Blade, turning the tide.

Reigns turned things around quickly though with an uppercut and followed that up by spiking Balor and following it up with a pin, but Balor kicked out. When we got back from commercial break Reigns went for a Superman Punch but Balor dodged it and hit a big chop. Then Balor was hit by Reigns but he managed to still hit Reigns with an overhead kick, and both were on the mat.

Balor was first up, and blocked Reigns’ blows and hit Reigns with big punches and forearms. Reigns got some space with a punch but a Power Bomb attempt was reversed into a double stomp by Balor. Balor chopped again and hit several shoulder tackles. Balor dodged Reigns and kicked him in the leg, but Reigns threw Balor to the outside.

Balor pulled Reigns off the mat and trapped him between the apron, using it to hit Reigns with a flurry of kicks to the head and back. He then flipped over the top rope and dove onto Reigns, then rolled Reigns in and went to the top rope. He went for the Coup de Grace but missed, and Reigns hit the Superman Punch to go for the pin, but Balor kicked out.

Reigns was irritated and went for a spear, but Balor rolled him up and almost got the pin, but Reigns kicked out. Reigns picked Balor up but Balor planted Reigns and almost go the pin and the win again, but Regisn kicked out at the last second. Balor was feeling it and went for the dropkick. and got it, sending him into the corner. Balor went for the Coup de Grace and hit it, going for the pin but Reigns kicked out at the last second again.

Reigns tried to lock in the guillotine but Balor reached for the ropes. He couldn’t get there quick enough though, and he was knocked out, having the referee call for the bell.

As Reigns and Heyman left the ring, the lights went red ever so briefly, and the sound of a heartbeat could be heard. Reigns looked a little puzzled as did Heyman, and it seemed to signal the impending return of the Demon. We’ll just have to wait and see.