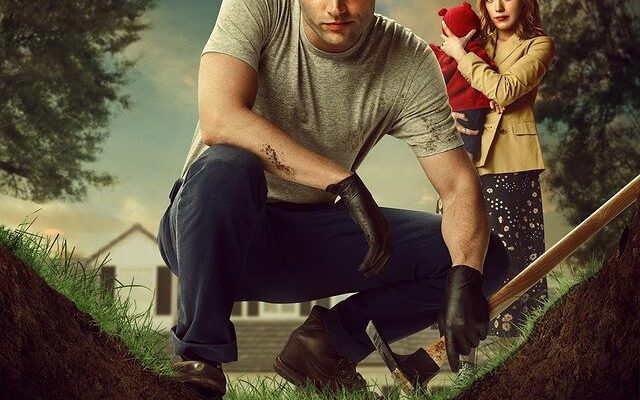 Joe Goldberg is back with his obsession!

With major series returning with respective new seasons this year, Netflix has one more addition in its pocket. Netflix’s psychological thriller series “YOU” is back with more wicked games for the audiences. Yesterday, the trailer for ‘YOU’ season 3 was released by Netflix. The teaser of the show was released a few days back. The series is built around the concept of the fine line between love and obsession.

Joe Goldberg and Love Quinn are back as they try to build a life with their baby boy. The trailer shows that he is more scared than he has ever been because now he is a father. But as the trailer progresses, it shows that Joe is back into his obsessive habits. As he starts to follow, as he falls for his neighbour. As for Love, his partner in crime, her impulsiveness takes over and their marriage is seen falling apart. In the end , the couple is seen burying something with their babysitting in the crate on the side.

How will Season 3 take off?

In the second season, Joe was seen with his latest obsession that now has become a permanent part of his life as he realised that she was more twisted than him. At the end of the second season, the couple was seen leaving the city and moving into suburban life. This season shows their efforts to be “normal nice neighbours”, But their killer instincts are seen catching up to them and they are seen failing in their efforts. In addition to the old cast, new cast members have also been added.

The series will premiere on Netflix on October 15th. The series scores a whopping 90% on Tomatometer and a rating of 7.7/10 on IMDb.