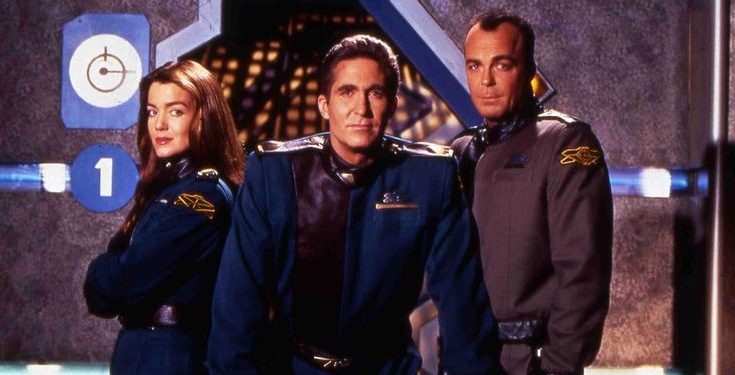 “Babylon 5” remake is in works at the CW Network by the series’ original creator J. Michael Straczynski

J. Michael Straczynski is back on the job of the creator of Babylon 5, except that now he will be working on its reboot. Sources reveal that a from-the-ground-up remake of the salient 90s sci-fi drama is in progress at the CW. Warner Bros. Television, the production studios of the original series back in the 90s, will now produce the remake too.

The upcoming reboot of Babylon 5 follows the story of John Sheridan, an Earthforce officer with a cryptic past. The story begins with his assignment to Babylon 5, a five-mile-long space station. Apparently, it serves as a port of call for travelers and other-worldly diplomats. The post exists in the remote future under the threat of an imminent war with an advanced alien race.

After Sheridan arrives in Babylon 5, a tentative earth company prompts a war with an alien race, at least a million years ahead of us. Eventually, this leaves Sheridan and the crew of B5 vulnerable as the only hope for the survival of humans. The new plot clearly shows that the reboot will be unique and will not be similar to the original series.

Babylon 5, created by J. Michael Straczynski, first came on board in 1993. Since then, the show has aired for five years in five different seasons. The mind-boggling series has earned several awards over the five seasons, along with two Hugo awards.

The original show had a splendid cast that included Bruce Boxleitner, Michael O’Hare, Claudia Christian, and many more. The franchise creator Straczynski also created a spinoff show titled Crusade. The franchise was further expanded by the creation of various novels, short stories, and comics.

His other works as a story writer include the action film Ninja Assassin, the first Thor film, Angelina Jolie’s Changeling, and World War Z. He also served as showrunner for Netflix’s Sense8. Besides writing the story, Straczynski will also executive produce with his studio JMS.