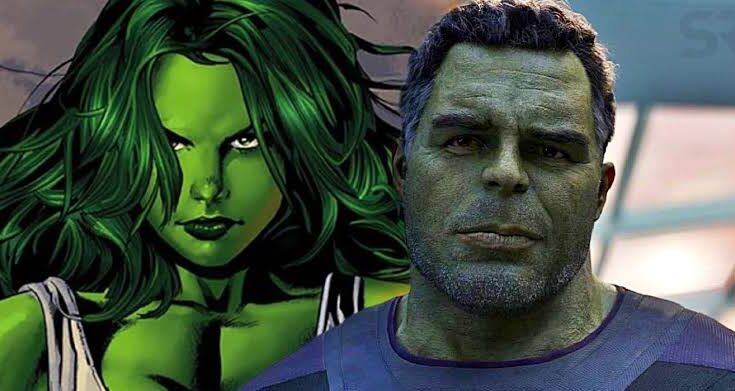 Set photos keep coming from Marvel’s Disney+ series She-Hulk, and a possible hint suggests that Mark Ruffalo’s Hulk will have a fight with Jameela Jamil’s Titania. The series is created by Rick and Morty writer Jessica Gao, and stars Orphan Black‘s Tatiana Maslany as Jennifer Walters/She-Hulk. The miniseries will be the character’s first live-action appearance and is quite exciting. It will also star Tim Roth as The Abomination.

Jamil, who is a voice actor and activist, will Walters’primary enemy Mary McPherran, aka Titania. Titania was gifted superhuman strength by the villain Doctor Doom in the comics. Jamil herself shared an image of her wearing an orange wig, but later said it had nothing to do with her role.

However, a new bts pic suggests otherwise. Reviewer and podcaster Charles Villanueva stated that the image of Ruffalo with a stunt double wearing an orange wig is similar to the one Jamil is wearing. Ruffalo was also wearing his motion capture suit, which means he will appear in that scene as the Hulk.

Also, the fact that it’s a stunt performer with Ruffalo heavily suggests that the two were filming an action scene.

As always, just a speculation

Marvel is notorious for being secretive, because the twists and surprise appearances are the very essence of the superhero movies. Until the show releases, these kinds of amateur detective work is all that we, as fans, are expected to get. She-Hulk is definitely one of the most interesting superheroes, and the Hulk and Abomination being there amps up the excitement.

The series will hit Disney+ sometime in 2022.