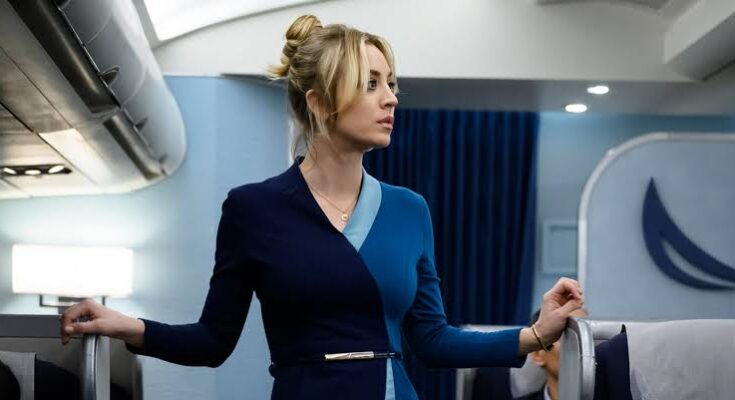 HBO Max‘s dark comedy thriller The Flight Attendant just shared some information regarding season 2. It includes some plot details and a new set actors, both as regulars and recurring guests.

The Emmy-nominated series is based on Chris Bohjalian’s 2018 novel of the same name. Season one came out on Thanksgiving 2020, and ended on December 17, with eight episodes in total. The makers are now teasing about the next set of events.

A short recap of The Flight Attendant

Season one began with Cassie Bowden (Kaley Cuoco), an alcoholic flight attendant waking up in Bangkok with a dead body next to her. She has no recollection of what happened the night before. The ordeal was so shocking that she fell into madness, but was able to recover and managed to put all the pieces together.

Season 1 ended with Cassie capturing the dead guy’s murderer and also deciding to turn a new leaf by quitting alcohol. She even earns an offer to join thr CIA’s civilian asset program.

Season 2 plot and cast of The Flight Attendant

EW reported on the second season plot and cast members. As per the season’s logline, Cassie currently lives in Los Angeles and is now sober. She often helps as a CIA asset in her spare time as well. But things go wrong during an overseas assignment and she happens to witness a murder, causing another internation incident. Season 1’s Zosia Mamet, Griffin Matthews, Deniz Akdeniz, and Rosie Perez will reprise their roles. Season 1 guest stars T.R. Knight, Yasha Jackson, and Audrey Grace Marshall will also return.

Also read: Russell T Davies returning as ‘Doctor Who’ Showrunner from 2023 and beyond