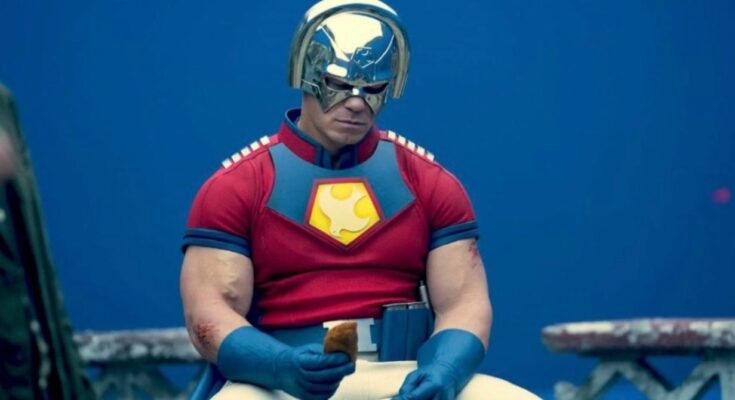 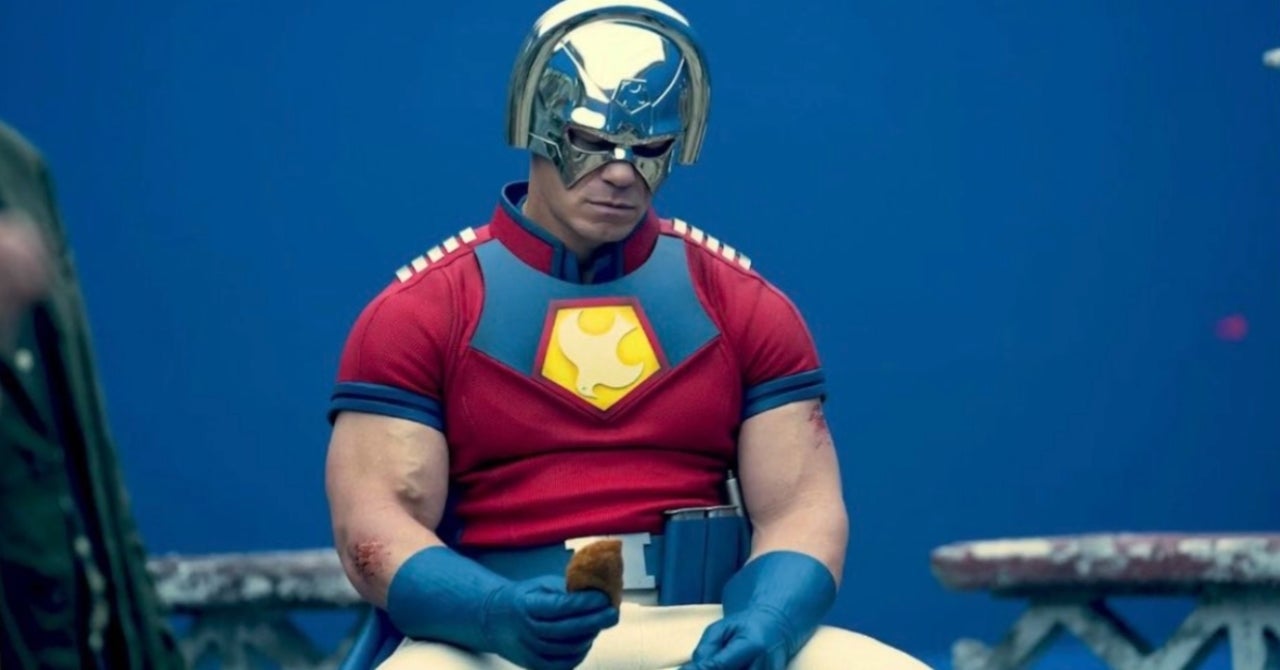 James Gunn doesn’t think Peacemaker will get a Season 2 because John Cena won’t stop taking the costume. The Suicide Squad director was on Jimmy Kimmel Live! talking about another set of episodes for his beleaguered anti-hero. The WWE star is known to have quite the sense of humor, so there’s no telling what kind of pranks he was pulling in the costume. (As to almost illustrate the point, Cena wore his Peacemaker outfit to their appearance on the show with Margot Robbie.) If you’re going to go for two on HBO Max, someone might want to alert the costume department. To his credit, the Fast 9 star enjoyed the joke and seemed to be trying out his comedic chops during the late show appearance too. They’ll probably be able to get the suit back, but someone is going to have to tell Cena that they can get him another one in the meantime.

“By the way, John stole this outfit. I just want to tell everybody that we’ve asked him. Because after we shot The Suicide Squad, we shot the Peacemaker TV series, and I kept telling him to quit taking the outfit,” he laughed. “I know it doesn’t look like it’s that expense, but these costumes are tens of thousands of dollars to put together. And we’re hoping for a Season 2, and now HBO’s not gonna give it to us, because we’re over budget.”

Gunn and Cena have been ecstatic at the prospect of the Peacemaker series. Clearly, the character is poised to make quite a mark in The Suicide Squad. There are too many villains to count. Check out what Warner Bros. has to say about their upcoming showdown below:

“Based on characters from DC, Peacemaker will be produced by Gunn’s Troll Court Entertainment and The Safran Company in association with Warner Bros. Television. While details about Peacemaker are being kept under wraps, the series will explore the origins of the character that Cena will play in the upcoming film, a man who believes in peace at any cost — no matter how many people he has to kill to get it. The series will extend the world that Gunn is creating for The Suicide Squad movie, which is scheduled to be released in theaters by Warner Bros. Pictures on August 6, 2021.”

Who’s your favorite member of The Suicide Squad? Is it Peacemaker? Let us know down in the comments!