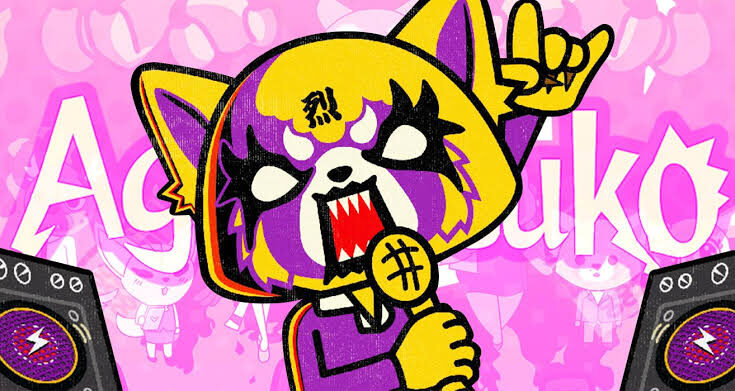 Netflix just unveiled the fourth season of their anime Aggretsuko with a new poster. Belonging to Sanrio, the supercute world that Hello Kitty belongs to, Aggretsuko became one of the most beloved Netflix Originals. Retsuko the red panda and her hidden aggression to her daily office life was something that every working member can relate to. But what started off as an office worker relieving her stress through death metal has now become an entirely different experience. The experience will now continue on to a fourth season.

Season 4 was initially announced in December last year, and now, it will start streaming on December 2021. Netflix’s TUDUM Global Live Fan Event had an anime spotlight, and included some exciting titles. It also mentioned that Aggretsuko will arrive sometime in December, but the date is currently unknown. But still, Netflix released a poster to celebrate the announcement. Check it out below:

Get ready to rock on with Retsuko in AGGRETSUKO SEASON 4 coming December 2021 only on @netflix 🔥 pic.twitter.com/Kfl8lhOM5R

As you can see, there’s a mysterious new character in the poster. She can either shake things up even more for Retsuko, or turn out to be an unlikely ally. Rarecho will once again return to direct the fourth season, with Fanworks as the producer.

Season 3 was a bit of an ordeal for Retsuko when it came out last Summer. Retsuko and her co-worker Haida the hyena went through some relationship troubles through the season. And this was even before they decided to be official. However, in the final episode it was teased that they would try and work things out. This comes as major excitement to the fans who had been rooting for the two of them.

The fourth season was teased by Netflix, saying Retsuko is finally outbox OTMGirls and starts to enjoy her normal life. But changes start to happen in both her company and her romantic life with Haida.