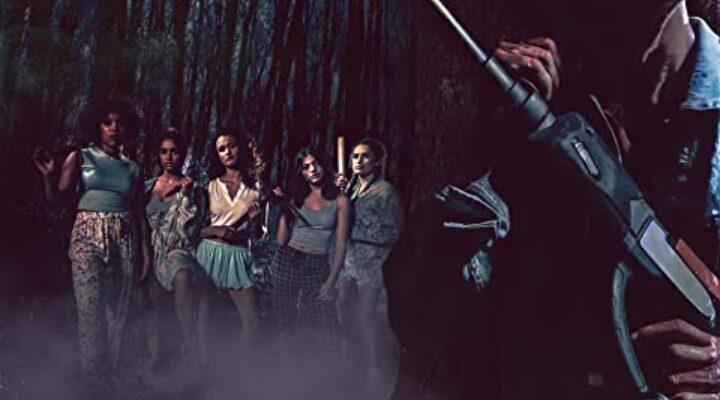 ‘Slumber Party Massacre’ new teaser has given chills to the viewers of its horror. The movie is a reboot of the 90’s and has once again coming to scare the fans. As per the teaser trailer the movie has everything that a horror movie should have.

The cult classic received such fans during the first movie itself. Amidst all negative comments the movie was taken to a great extent. And also got sequels in the future. But now its a different story as the ‘Massacre’ will be big and bad.

Slumber Party Massacre comes in with a total package of fear and fright. During the 90’s it was considered to be as a psychotic movie but it overcame all the odds. Also the reboot which will be released soon has a large audience in-line. Fans love the genre, but they are not aware of the plot.

The ‘Slumber Party Massacre’ is a story of young teens who plan a house party. But all changes when an uninvited guest comes in. A psychotic killer appears with a wielding a power drill. And all of a sudden, it turns out to be a bloodbath.

A Glimpse On The Movie And Directors

The first movie was directed by Amy Holden Jones which turned out to be a trilogy. During the 90’s Halloween it was a perfect treat as it shared the reason of Halloween. However, the movie is directed by Danishka Esterhazy who assures a flawless 90 minutes of horror.

Suzanne Keilly penned the story for the movie. Along with more stars included in it.

And this Halloween is filled with movies that will surely entertain the fans this year. So the movie will air from Saturday, Oct. 16 at 9 p.m.