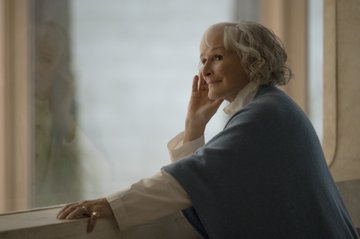 When Apple updated about Swan Song last year, the world was about to shut down due of COVID. While it has been postponed until November of 2020, the picture is finally ready for a release.

Upon its debut in December, the film will be available worldwide, as well as in limited theatres. And will join an impressive list of other planned Apple TV+ productions that feature a talented cast.

“Swan Song,” starring Oscar winner Mahershala Ali, will be streamed on Apple TV+ the same day the it opens in theatres on December 17. Other notable actors in the film include: Glenn Close, Naomie Harris, Adam Beach, and Awkwafina.

When Cameron (Mahershal Ali), a loving husband and father who has been diagnosed with a fatal disease, is given with an alternative approach by his doctor (Glenn Close) to shelter his family from pain, “Swan Song” takes you on a tremendous, unforgettable journey.

In the process of deciding whether or not to change his family’s fate, Cam understands more about life and relationships than he ever thought possible. When it comes to making a nicer life for those we love, “Swan Song” explores just how far people will go and how much they are ready to give.

Ali’s opinion about the character

Director Cleary spoke to about the upcoming movie. He said he spent five years with the script. He wanted Mahershala to simply read it. Ali said during their chats he felt more invigorated and inspired with each minute. Added Mahershala seemed to have a keen understanding of the screenplay. And it took him almost two hours before he said, “I would love to do this” remarked Cleary.

Actor Ali said movie has a theme that so many of us have to deal with, either directly or indirectly, when people pass away. He continued that he had never seen anything quite like this one before. Added he loved to battle with the character’s problem on a daily basis.