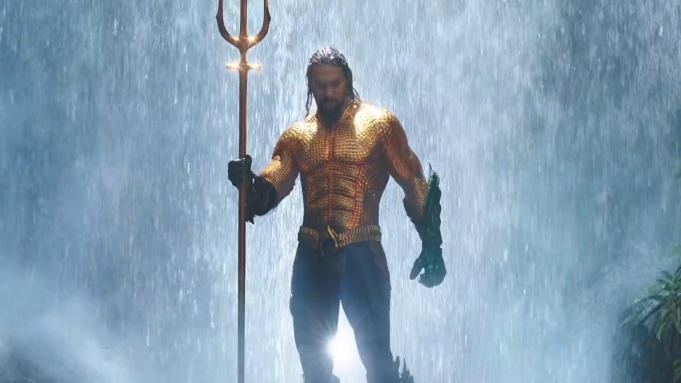 The “Game of Throne” star has finally released his first look in DC’s upcoming major movie “Aquaman And The Lost Kingdom”. The movie is going to have its second part. James Wan would be directing the sequel. He has given major details too about the movie. James said that movie is heavily inspired by “Planet of the Vampires”. Wan said that there are a lot of changes in the movie because they are not familiar with the comic book.

He also said that last time people said that the movie was dark and a heavy film. However, according to him, it was needed for the movie. This time with the second film he knows that people will accept things because he has already laid the foundation.

To view the first look of “Aquaman And The Lost Kingdom” unveiled by Jason Momoa, read below.

Momoa shared amazing pictures from Aqaman’s upcoming sequel. Jason who plays the role of Arthur Curry in the movie shared the ultimate pictures of his character on Instagram. In the first picture he shared, Jason is wearing a green and orange costume which certainly takes back fans to the original comic book. In another look, the Aquaman is wearing a darker costume.

One of the videos he posted, Jason revealed that he is still in London as the shooting of the movie is still active. He also revealed that this was his last day with brown hair because he soon going to turn blonde.

Aquaman And The Lost Kingdom team

The sequel of the movie is written by David Leslie Johnson-McGoldrick. Other than Jason Momoa, Amber Heard, Patrick Wilson, Dolph Lundgren, and Yahya Abdul-Mateen II is also part of the Aquaman And The Lost Kingdom cast.