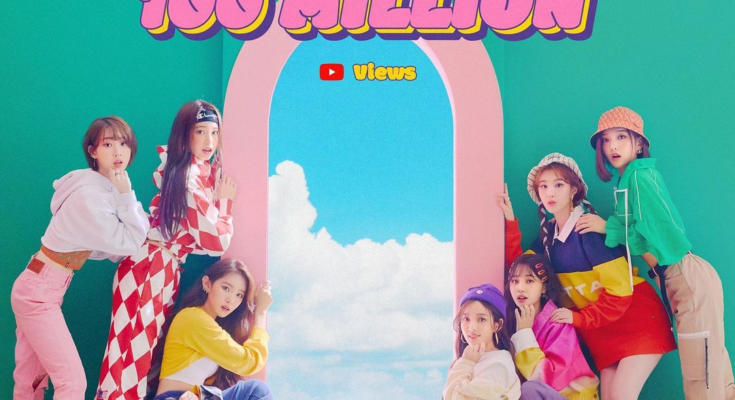 Grand celebration moment for “Weeekly”. The famous South Korean girls group has created a new record for themselves by achieving 100 million views on YouTube.

Weeekly’s music video “ After School” which was released back in March, has reached 100 million views on YouTube on September 20, at about 5:30 pm KST. The song was released in 17th of March at 6 pm KST. Almost after six months and three days it achieved the number of making new record. This is the first time of the group to reach 100 million which makes it a achievement to them.

Weeekly is a popular South Korean girls group which was launched by Play M Entertainment in 2020. After “Apink” this group is the second group launched by the company in ten years.

“Weeekly” includes seven members, Lee Soo Jin, Shin Ji Yoon, Monday, Park So Eun, Lee Jae Hee, Jihan, and Zoa. Lee Soo Jin is the leader of “Weeekly”. They debuted on 30th of June with their extended play “We are”.

Since their entry in the k-pop industry those seven girls have continuously entertained their fans with their soulful music. Songs like “Holiday Party, “7 Days tension”, “Tag me”, “Memories of Summer Rain”, “Top Secret”, “Zig Zag”, “Check it out”, “My Earth” has always made Weeekly fans sing along with them. They won several awards like “Best Rookie Female Idol Award”, “Rising Star Female Idol”, “Next Leader Award”, “New Artist Of The Year- Female” and more. Even got nominated for various awards.

The record making song “After School” is a song, anyone can vibe with easily. It got popular worldwide which brought the group million of views. So heartiest congratulations to “Weeekly” for their great achievement.