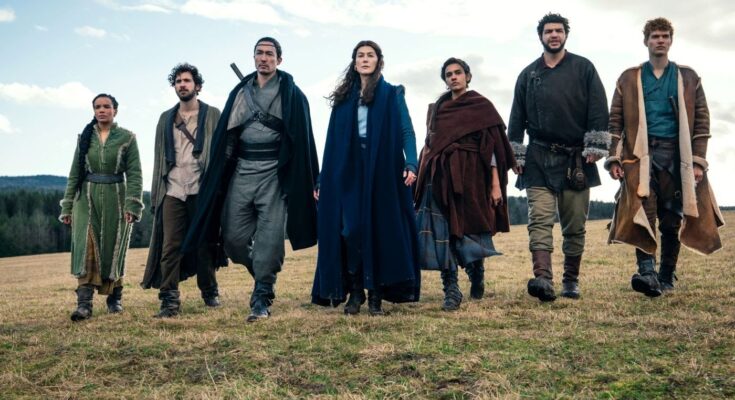 An eventful panel of The Wheel of Time

In that panel the the showrunner Rafe Judkins was present along with the cast members. They shared some information about the forthcoming fantasy series and what the viewers can expect from it. And the most interesting thing is they have already hinted about a season 2.

Sneak peek of the series

It takes place in the Two Rivers village where Egwene , played by Madeleine Madden is serving drinks and actor Josha Stradowski played Rand is standing against the wall watching her. It gives us a hint that this season will be centered around their love story. That is the time Moiraine and Lan enters the scene as Aes Sedai and warder.

Watching the small clip hinted the viewers that how the story will continue. People who already have read the Comic can easily guess what is coming for the characters.

Describing the clip Judkin said that it is Moiraine’ first arrival in the Two Rivers. And said it is cool because it is when audience see get to see all the lovely people of the panel interact and working together for the first time in this series. Judkin said that the moment kind of activates everything in the Wheel of Time. He referred the moment with those kids who live in this mountain village and their life changes from the moment that walks into town.

The Amazon fantasy series will premiere on November 19th.