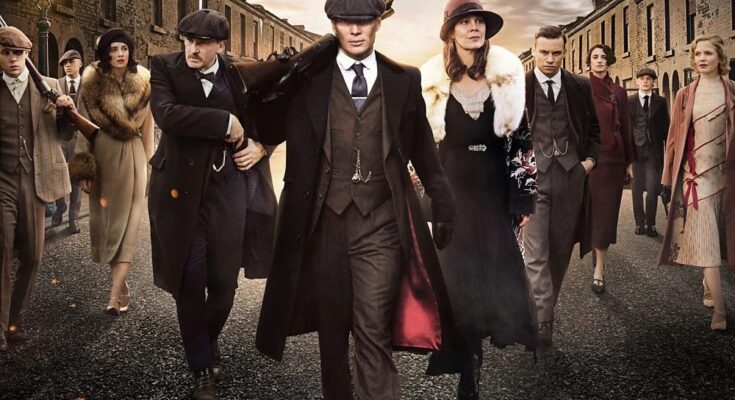 Stephen Knight, creator of the cult classic period drama Peaky Blinders confirmed that the show’s feature film will start production in 2023. Knight had worked in films like 2018’s The Girl in the Spider’s Web, and the Apple TV+ series, See, starring Jason Momoa. He based the crime drama loosely on a real gang by the same name that operated in Birmingham in the early 20th century. However, his fictional characters ended up being more formidable than the average street thugs, under the watchful eyes of Thomas Shelby (Cillian Murphy).

The series was filmed for the BBC, but Netflix soon arrived to claim the rights for international distribution. It was first described as “a story of a family between two wars” and tells the story of the powerful Shelby crime family. The Shelbys engage in numerous trades to make a name for themselves in the aftermath of World War I. The men in the gypsy family had served in the war, digging secret tunnels for soldiers at France.

Production on season 6 was delayed due to COVID-19. It picked up in January 2021. But the tragic death of McCrory in April brought many questions. We are not sure if she had filmed her scenes for the sixth season. Her character, Polly, served as a strong matriarchal figure in the Shelby family, and it will be sad not to see her when the show ends.

While Knight called the movie “the end of the road for Peaky Blinders as we know it,” there can be more of it in the future. He’s okay with spin-offs, even though he wont become personally involved. He’s still curious to see what happens in the future.