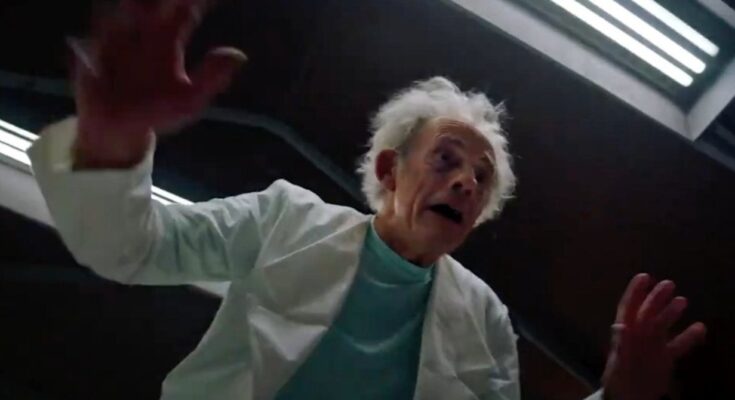 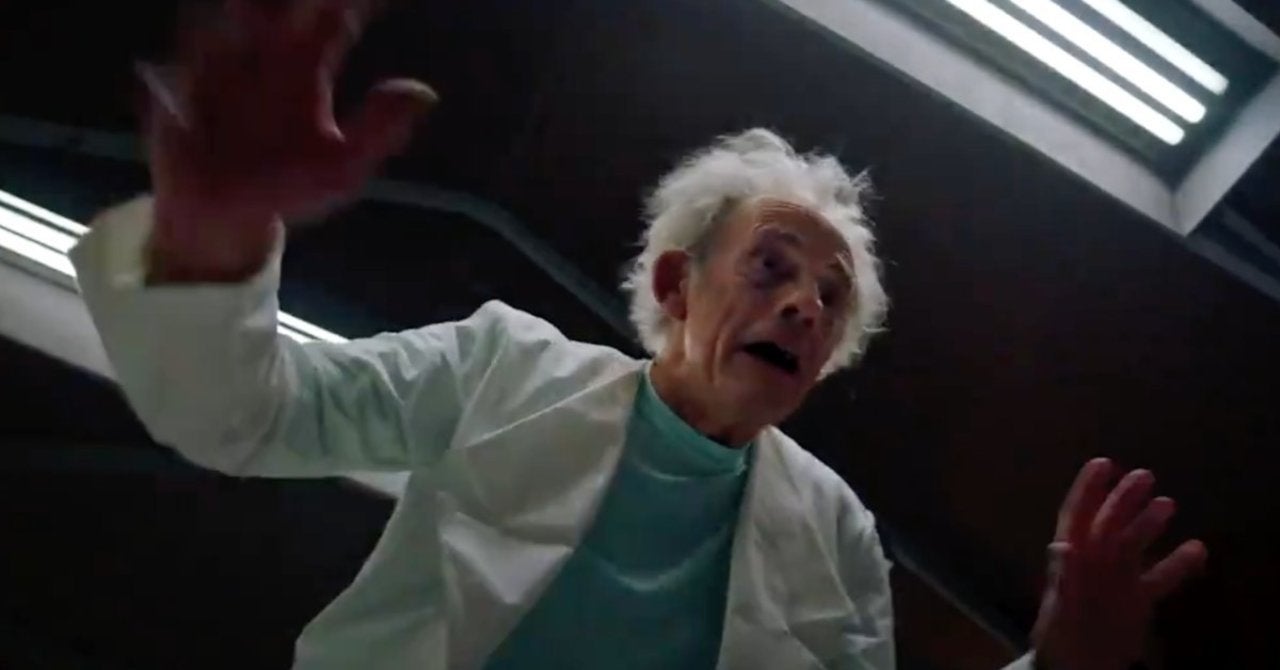 Christopher Lloyd recreated one of Rick and Morty‘s most memorable scenes in another special live-action promo for the fan favorite Adult Swim animated series! Ahead of Rick and Morty‘s fifth season finale, Adult Swim surprised fans everywhere when it revealed that one of the many multiverse versions of the titular duo were actually Christopher Lloyd and Jaeden Martell. This surprise was enough on its own, but then Adult Swim took it even further with a special promo referencing the infamous Pickle Rick episode where Lloyd had vowed that his version of Rick Sanchez would never do such a thing again.

To celebrate Season 5 finally coming to an end with its special two-part finale, Adult Swim has released another (and presumably final) live-action promo featuring Lloyd and Martell that hilariously recreates another of the series’ most famous scenes. This time it’s the “Rick and Morty 100 years” meta-rant that Rick goes on at the end of the first episode (while Morty hilariously twists on the ground). You can check out the new Christopher Lloyd promo from Adult Swim below:

SVP of Action and Anime with Warnermedia and Toonami co-creator Jason DeMarco previously revealed that Adult Swim had actually reached out to Harry Potter and Miracle Workers star Daniel Radcliffe for the live-action Morty role before Radcliffe had turned it down. Stating about the promos, “I originally wanted Daniel Radcliffe as Morty, because I know he’s a huge fan,” DeMarco explained, “[B]ut he (wisely) turned us down. A wise man. It was an idea that sounded good on paper but wouldn’t have worked at all.”

These live-action promos were only some of the major promotional materials leading up to the events of the fifth season’s finale as Rick and Morty made some major shifts in its status quo much like other seasons of the series. If we ever do get more of a live-action version of the duo someday, fans would definitely like to see Lloyd and Martell return to the roles following these fun promos.

But what do you think? Does Christopher Lloyd make a great live-action Rick Sanchez? Would you want to see more of this version of the series? Let us know all of your thoughts about it in the comments! You can even reach out to me directly about all things animated and other cool stuff @Valdezology on Twitter!