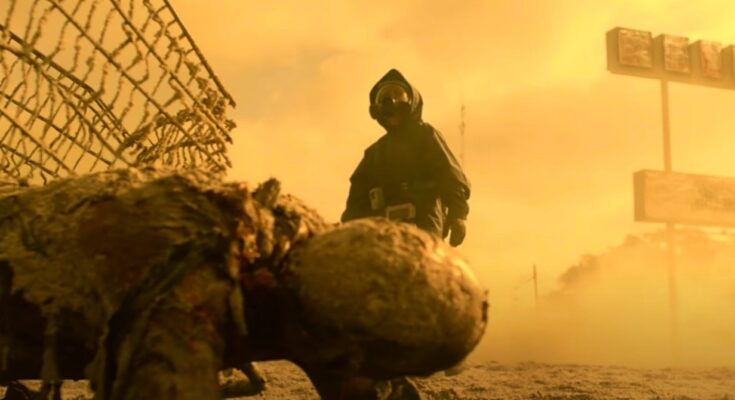 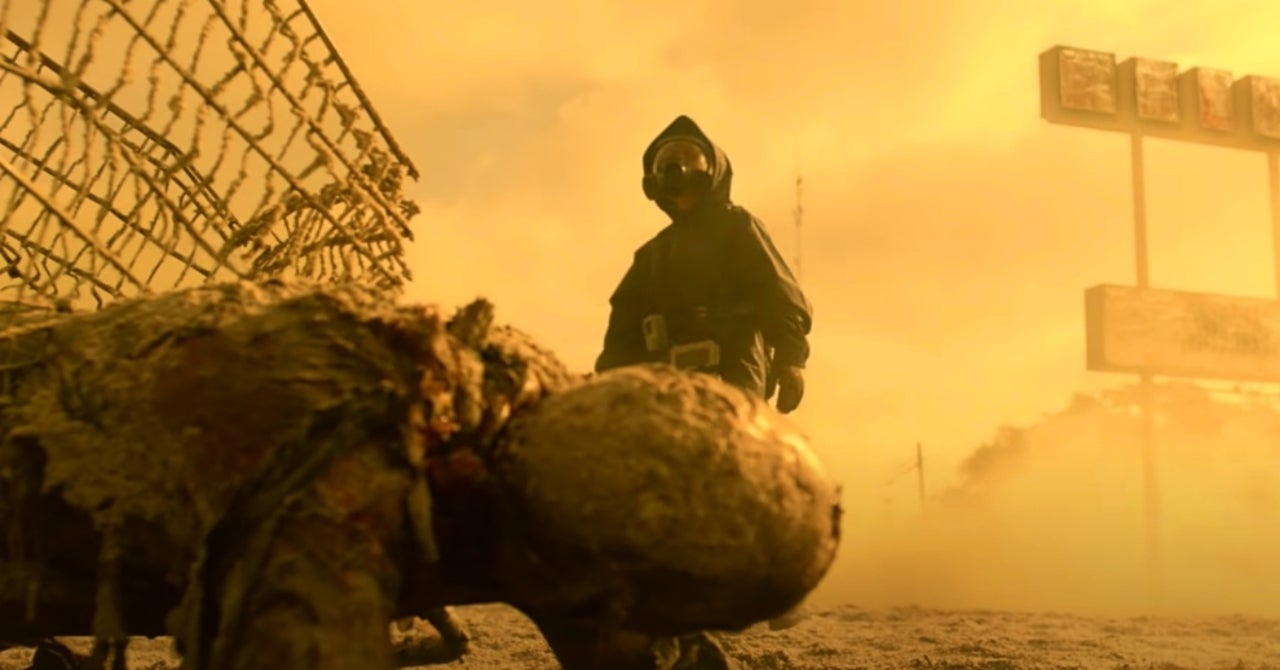 Fear the Walking Dead advises survivors to seek shelter and avoid exposure to radiation in the fallout of the explosive ending of Season 6, where submarine-launched warheads brought about Teddy Maddox’s (John Glover) new beginning: the nuclear zombie apocalypse. When the Walking Dead spin-off returns for Season 7 on October 17, new parents Grace (Karen David) and Morgan Jones (Lennie James) are sheltering in place aboard a nuclear submarine, Dorie duo June (Jenna Elfman) and John Dorie Sr. (Keith Carradine) hunker down in an underground horror bunker, and a rebooted Victor Strand (Colman Domingo) rises from the ashes to rebuild a post-blast civilization.

“After a radiological or nuclear fallout, people may be advised to evacuated,” says an emergency alert broadcast over new footage from Season 7, below. “Protection will require taking shelter in an underground area. Or in the middle of a large building. Stay away from damaged areas to increase your chances of survival.” An extended first-look sneak peek premiered during last month’s virtual San Diego Comic-Con.

Along with Alicia Clark (Alycia Debnam-Carey), last seen locked away in a fallout shelter by Teddy, those left alive in the bomb-blasted Lone Star State survived the explosions only to now navigate a “completely new reality for our characters to reckon with.”

“We’ve seen them grow very formidable and able with how they’ve navigated the apocalypse for these six seasons. And now it is a whole new game with the apocalypse,” Ian Goldberg, co-showrunner with Andrew Chambliss, said of the new season on Talking Dead. “[The survivors] are going to have to deal with the devastation, nuclear fallout, ash, unbreathable air, destroyed structures, limited resources, all these new environmental factors that are going to make survival just exponentially more difficult for them.”

“This new world is going to bring out very different sides to all of these characters because they are in a whole new reality — and a very scary one,” added Goldberg, who teased wasteland walkers and an even more dangerous breed of human adversary in Season 7.

Fear the Walking Dead returns Sunday, October 17 on AMC. New episodes will premiere one week early all season long on AMC+, starting with the early access Season 7 premiere on October 10. Follow the author @CameronBonomolo on Twitter for all things TWD Universe.