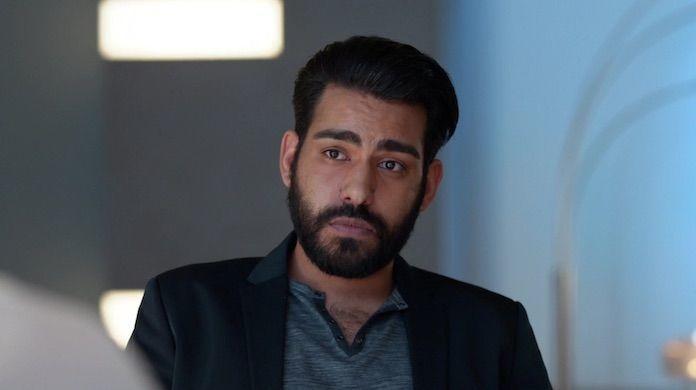 Before he was an internet sensation for appearing in The Haunting of Bly Manor and Midnight Mass, Rahul Kohli was already one of our favorite actors, having appeared as Dr. Ravi Chakrabarti in iZombie, a loose adaptation of the DC/Vertigo comic from writer Chris Roberson and artist Mike Allred. That comic book role wasn’t going to be his last, of course; he already voiced Dr. Jonathan Crane/Scarecrow in the Harley Quinn animated series, as well as appearing as Aarush Cheena on The Rocketeer and even once in live-action, as Jack Spheer on The CW’s Supergirl.

Of course, that’s not enough for the internet. Between his inherent charm and his supposed physical resemblance to other actors, there are plenty of fans pitching Kohli for various Marvel and DC roles, and during a recent interview with Men’s Health, reporter Evan Romano asked him about the possibility of moving to the Marvel Cinematic Universe. While Kohli’s answer didn’t make it into the magazine, Romano shared the transcript on Twitter.

“Oh yeah, you’d be an idiot not to,” Kohli said. “I’m so immersed in comic book culture, and sci-fi culture. Yeah, I’d absolutely want to. I think I’d want it to be the right thing. They’re such beloved characters. I wouldn’t do it or the sake of doing it. I’d do it if I really, truly felt like I could bring something to this character that would be respectful to its comic book origins, and stuff like that. I’m not desperate to just have a line in a Marvel show. I’m good. I’ll be fine. But if the right kind of portrayal came along — because once you do one…you’re in. And very rarely do you get to have a second bite of the apple.”

One of the most popular fan castings for Kohli include Reed Richards from the Fantastic Four — something he has joked about in the past, quote-tweeting Marvel’s original announcement of a John Watts Fantastic Four movie with a joke that he had started stretching.

From The Haunting of Hill House creator Mike Flanagan, Midnight Mass tells the tale of a small, isolated island community whose existing divisions are amplified by the return of a disgraced young man (Zach Gilford) and the arrival of a charismatic priest (Hamish Linklater). When Father Paul’s appearance on Crockett Island coincides with unexplained and seemingly miraculous events, a renewed religious fervor takes hold of the community – but do these miracles come at a price?