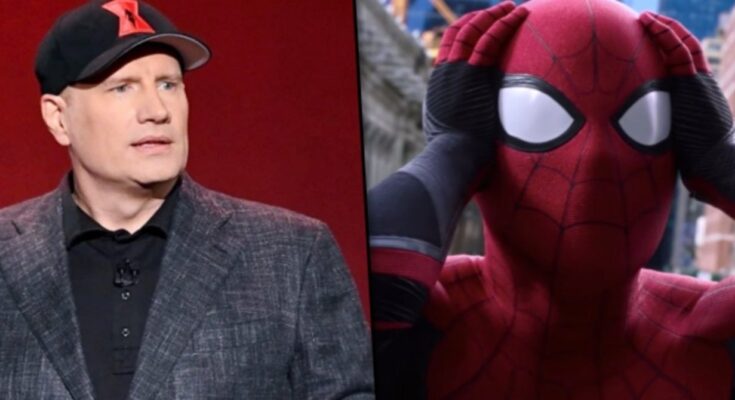 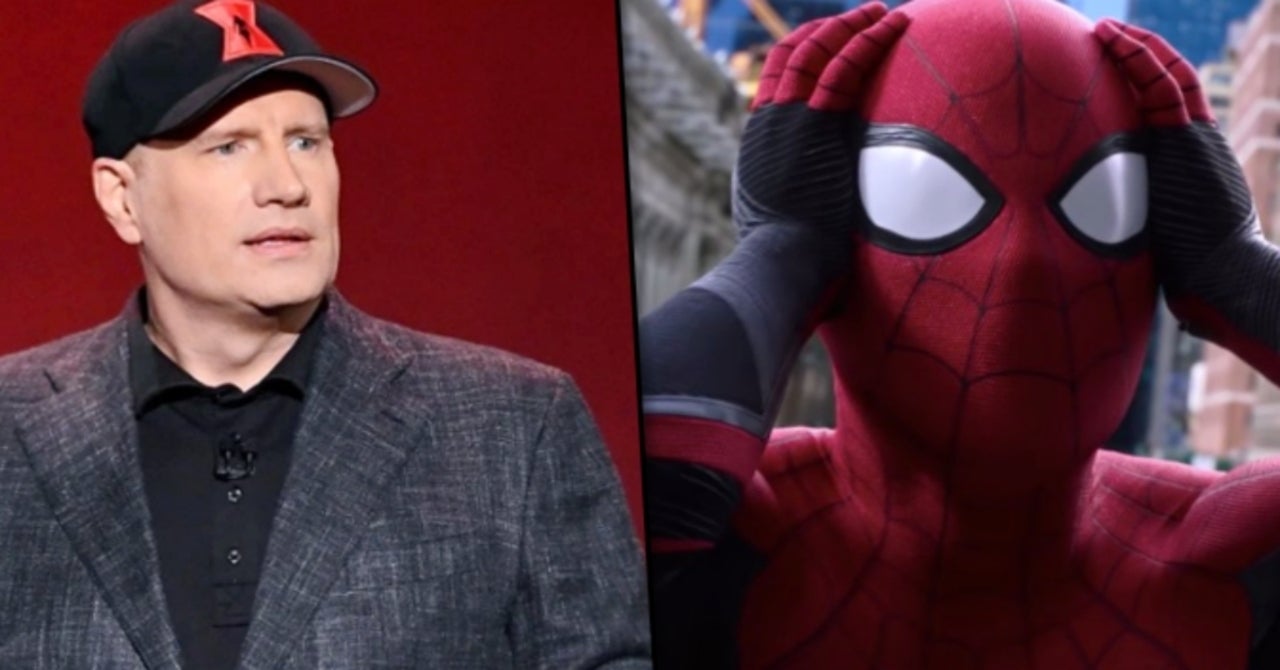 With great leaks there must also come great memes: fans are meme-ing Kevin Feige after an alleged leak of the first Spider-Man: No Way Home trailer surfaced on social media. The famously secretive Marvel Studios president, who playfully promised to ComicBook the long-awaited trailer would release before the Spider-Man sequel swings into theaters on December 17, has a reputation for being anti-spoiler as the architect of the Marvel Cinematic Universe. As producers Sony Pictures and Marvel Studios reportedly remove and squash copyright-infringing tweets and shares of the trailer ahead of a rumored Monday or Tuesday release, Feige emerged as a trending topic in the wake of the alleged leak Sunday night.

Feige had a brush with Spidey spoilers after actor Alfred Molina, who played Doctor Octopus in 2004’s Spider-Man 2, confirmed reports he would reprise his role — this time in the MCU — opposite star Tom Holland in No Way Home.

“You know, some people, when they get a microphone [they] just love to talk. Some are like me, who don’t,” a tight-lipped Feige told ET Online when asked to respond to Molina’s widely circulated interview with Variety, where the Doc Ock actor called his 17-years-later return “the worst kept secret in Hollywood.”

Kevin Feige when he discovers that the #SpiderManNoWayHome trailer has been leaked. pic.twitter.com/fuUocOr9ik

Molina’s Doctor Octopus is part of a rumored Multiversal Sinister Six, who will outnumber a Spider-Man (Holland) who gets a helping hand from sorcerer Dr. Strange (Benedict Cumberbatch). The most repeated rumor is that No Way Home is a sort of live-action Spider-Verse teaming Holland with past Spider-Men played by Andrew Garfield and Tobey Maguire, but those suspicions won’t be confirmed until the imminent release of the much-demanded first trailer.

“I’ve read some things. I’m not sure I’ve read all things,” Feige previously told ComicBook about the swirling multiverse rumors. “The fun thing about online speculation when it comes to our stuff is how sometimes it couldn’t be more off the mark and sometimes it’s shockingly close, and that’s held true for the last few years. But saying which is which would take all the fun out of everything.”