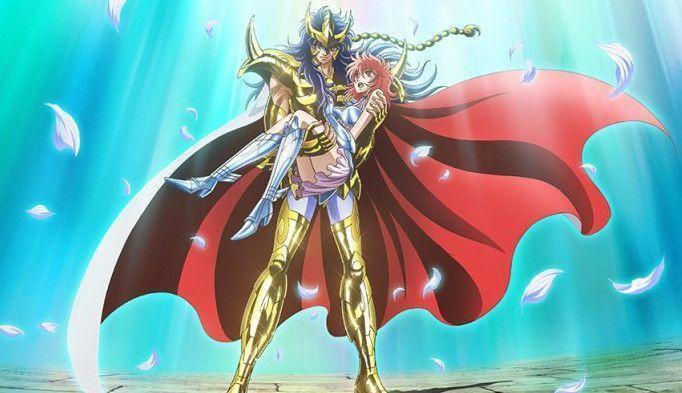 If you have never heard of Saint Seiya before, it is time you were educated about the interstellar anime. The ’80s series was a major hit in its time, and Saint Seiya is still hugely popular with fans globally. Not long ago, fans learned Hollywood’s live-action adaptation of the series landed its stars. And now, it seems set photos from the film have hit the Internet.

Over on Twitter, Saint Seiya fans began sharing the black-and-white shots after they popped up online. If the reports are accurate, the film’s director Tomasz Naumiuk posted these behind-the-scenes shots on his Instagram Story. Pages like Universo Saint Seiya shared the images with fans elsewhere, and it shows some interesting shots from the film.

In one photo, fans can see actor Mackenyu in character was Seiya, but his armor isn’t on full display here. The star is wearing a light-colored outfit with military boots and some sort of chest strap. The shots also show other cast and crew such as Famke Janssen and stunt double Caitlin Hutson.

In one photo, you can find a woman dressed in recognizable Saint Seiya armor. The knightly look includes sharp shoulder pads, tailored chest plating, and knee-high boots. The black-and-white photo keeps the armor’s color muted, but it does appear to be a darker color. The piece also contrasts against the barren scenery shot by Naumiuk. According to these set photos, filming took place in Hungary at least in part before production wrapped.

So far, we know very little about this live-action production, but Saint Seiya fans are eager to learn more. Mackenyu will lead the movie as Seiya and be joined on-screen by Janssen, Sean Bean, and others. Toei is producing this adaptation with help from Sony Pictures Global, and fans are speculating the film will debut by 2023 at the latest.

What do you think of this special look at Saint Seiya‘s live-action movie? Do you have faith in this anime adaptation…? Share your thoughts with us in the comments section below or hit me up on Twitter @MeganPetersCB.